BMW Debuts “The Fastest Christmas Song In The World”

Last year BMW made an advertising splash when it debuted “The Fastest Christmas Card In The World” video. The new BMW M5 was launching and BMW’s ad agency in the Scandinavian region came up with a unique idea. They put illustrator David Patterson in the M5 and hurled him around the Circuit de l’anneau du rhin in France.

Stunt driver Urs Inauen was at the wheel with the goal of throwing Patterson around as much as possible. Patterson was told to draw a Christmas card as the car was piloted around the track. What started out as a video in Switzerland garnered world-wide attention. For 2012, BMW is following up on this unique idea with “The Fastest Christmas Song In The World.” This time the car is an M135i (not available here in the United States unfortunately) with BMW driver Martin Tomczyk. In the car are four singers from the Zurich Acapella Group singing “Jingle Bells.” Thus, the “Fastest Christmas Song In The World” was born. You can hear the result below. We just wish the M135i would make it over to the U.S.

A rear-wheel drive BMW performance hatchback sounds like a good idea to us. The 1-Series in the U.S has only been sold in coupe and convertible models, and it never got updated like the European model did. We know that the European 1-Series has its detractors as far as styling goes, but we disagree. Regardless, it isn’t going to happen. A RWD 1-Series sedan is rumored when the car gets updated next. The 1-Series sedan is expected to go head-to-head against the Audi A3 sedan and front-wheel drive Mercedes-Benz CLA. 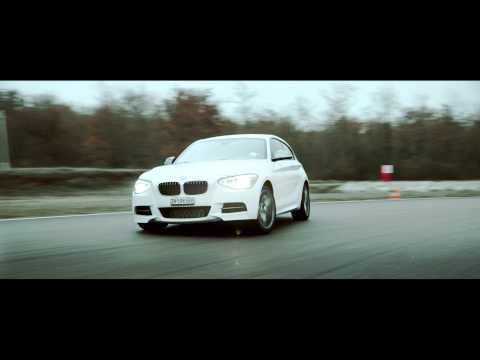