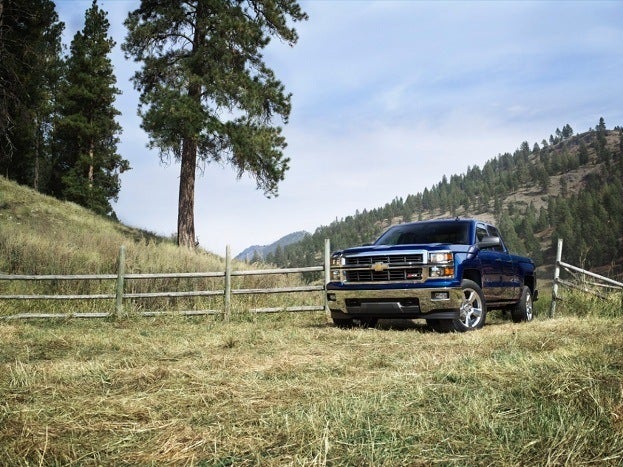 After the 2011 calendar year, sales of the Chevrolet Silverado and GMC Sierra light trucks accounted for a combined volume of 564,306 vehicles (roughly 22.5 percent of the total US deliveries performed by General Motors). Even though the Detroit Three automakers had all suffered some form of corporate harm for their over-reliance on truck sales, the United States market still demands the traditional utility in everyday life. Representing one in every five vehicles produced by General Motors, the 2014 redesign of their half-ton class pickup truck is paramount to the sales charts for the large automaker.

Playing it safe in a stylistic fashion, the 2014 Chevrolet Silverado and GMC Sierra builds brawn but do not concern themselves with winning a vehicle beauty pageant. On the Chevrolet model of the full-sized pickup truck, a grander use of chrome depicts a tougher exterior appearance. The grillework on the GMC Sierra is also given a more accentuation into the 2014 model year. A new aluminum hood is added to the pickup trucks allowing a 17-pound weight savings compared to steel. Other exterior enhancements made to the 2014 Silverado and Sierra are functional improvements such as the addition of a newly hinged doors on the extended cab model. A longer 6.5-foot truck bed can now be ordered on the crew cab version of the full-sized pickup. The pickup bed on all 2014 Chevy Silverados and GMC Sierra is available with a variety of cargo hauling and accessibility accessories including the EZ Lift and Lower tailgate. 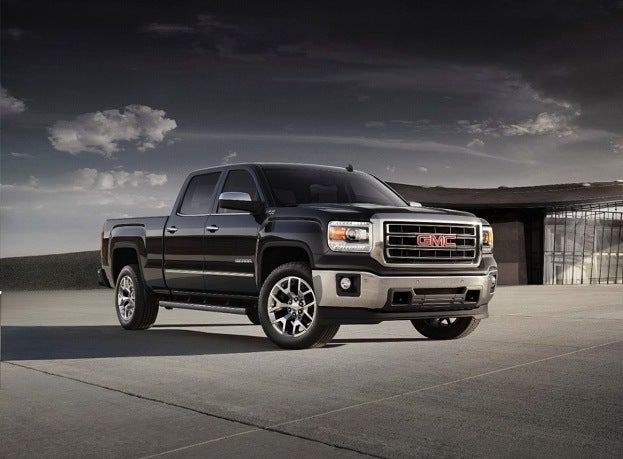 Cabins for both the GMC Sierra and the Chevrolet Silverado will receive additional refinement as well as improved functionality for the 2014 model year. The new interior design on the General Motors line of half-ton trucks heading into 2014 feature better space utilization and improved noise and vibration management. On most models, a concise instrument display that will revolve around a 4.2-inch colour Driver Information Center. Chevrolet MyLink infotainment system (GMC’s equivalent system) will also delight owners for navigation, entertainment and communication accessible through an eight-inch touch screen.

Applying the fact that many pickup trucks are asked to conduct professional work, 2014 Chevrolet Silverado and GMC Sierra offer modern office connectivity options. Up to five USB ports, four 12-volt outlets, SD card slot and a 110-volt connection insures a driver is completely charged up for work. In addition to the touch screen infotainment options, knobs and button inside the Sierra and Silverado are designed for easily operations even while wearing gloves. 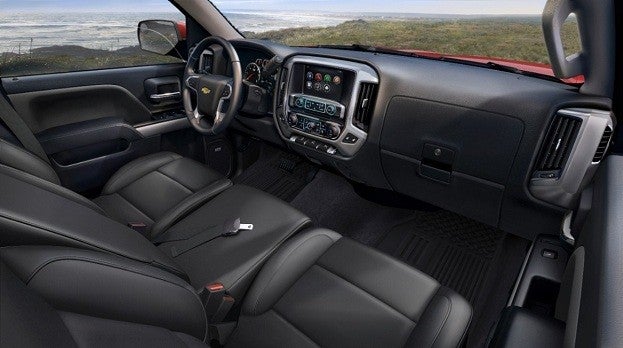 Over the years, six-cylinder gasoline engines have been an oversight in the pickup truck marketplace. Once dismissed as an offering built solely to present a low cost alternative to V-8 engined trucks, requirements for massive fuel economy gains over the next 12 years has resulted in auto manufacturers to reassess six-cylinder powerplants. Ram added the 305-horsepower Pentastar V-6 to their pickup truck in 2013 while Ford added two six-cylinder engines to the F-150 pickup including the 365-horsepower EcoBoost powerplant.

While General Motors full-sized pickup trucks maintained a V-6 engine option unlike the Ford F-150, the current 4.3 liter V-6 engine available on the base level Chevrolet Silverado and GMC Sierra 1500 is 10 years old technology. For the revamped 2014 General Motors full-sized pickup trucks, the vehicle’s EcoTec3 engine line will include a much-appreciated update to the 4.3 liter V-6 powerplant. The EcoTec3 family of powerplants on the 2014 Chevrolet Silverado and GMC Sierra also includes a 5.3 liter and 6.2 liter V-8 engine choice. All EcoTec3 engines are high technology powerplants featuring gasoline direct injection, continuously variable valve timing and cylinder deactivation (known within General Motors as Active Fuel Management. Horsepower, fuel economy and other performance numbers are being withheld until some time in the New Year. With the reengineered Chevrolet Silverado and GMC Sierra 1500 pickup trucks likely to be sold by later in 2013, it is safe to say that it will take a very short time for the 2014 model year vehicle to be put through its paces.