Fun-Deprived Londoners: Rent a MINI for 26p per Hour Congratulations London, you were official rated the most fun-deprived city in the UK. Don’t feel bad though, Manchester and Birmingham weren’t too far behind. This non-specific “new research” mentioned in MINI’s press release doesn’t mention much except for the fact that it shows that Londoners have fun for 142 minutes per day due mostly to their daily commute.

MINI’s new clever campaign aims to change that – and what-do-you-know – push their newest low-cost financing scheme to make MINIs more affordable where you can finance one for £189 per month. The new car hire service started by the MINIster of Finance (oh how clever,) is called the “MINI Fun Hire Service” and lets you rent a MINI Cooper for 26p per hour. No need to register – just show up their location in the West End’s Berkley Square, put the money in the machine, and take off.

Used intelligently, you could really squeeze some value out of this. Or just have fun ripping around town in a MINI Copper.

The event kicked off today, but the press release says it’s only going on until tomorrow at 1800, which seems kind of lame.

Regardless, if you’re in town and have some extra time today or tomorrow, pop in and take a spin, then report back and let us know how it went (and how many tires you went through.) 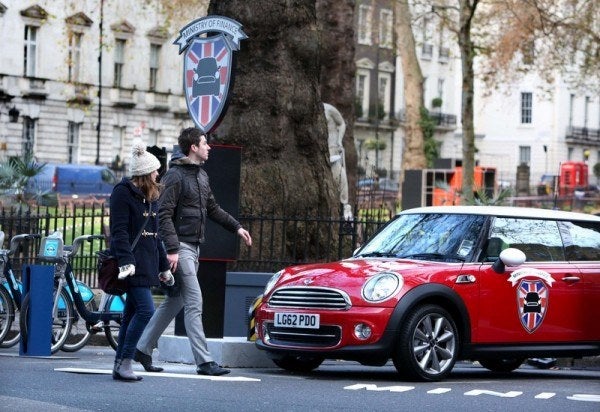