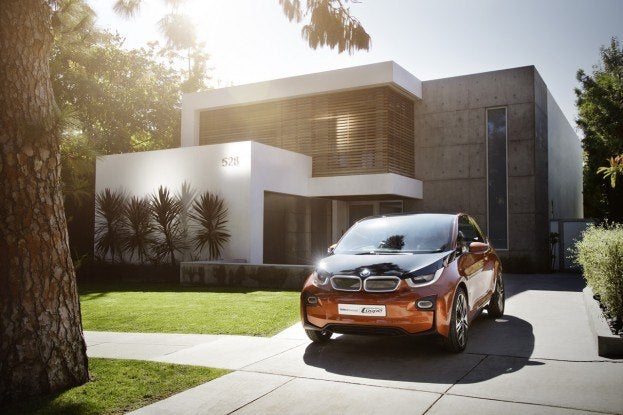 Fuel economy regulations in the United States and abroad are forcing luxury manufacturers to produce compact and mini car models as well as zero-emissions electric vehicles. In the 1990s, BMW considered building a sub-compact car but opted out of it in favor of developing the MINI brand.

This is an arrangement that we think has worked quite well for the BMW group. However, BMW recently decided it needed to join the mini car segment with the i3 electric vehicle. The i3 and i8 were shown off at last year’s International Motor Show. With the i3 moving closer to its production date, BMW has introduced a more production-ready show car called the i3 Coupe concept. 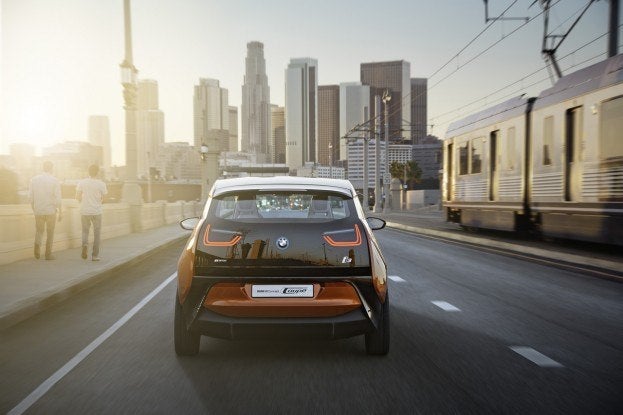 One thing that has irritated BMW purists and enthusiasts alike is the fact that BMW will be using a front wheel drive for the 1-series Gran-Turismo. That platform will be shared with the next-generation MINI R56, due next year. The i3 Coupe concept has its drive wheels out back where they should be. Rear-wheel drive in this segment hasn’t been feasible due to packaging issues. In the i3 concept, there are none of these worries – that’s the advantage of an electric powertrain.

A lack of a drivetrain tunnel or gear-shift selector in the interior enables for a lot of extra space. Some may hate the shape, but you can’t knock the versatility and practicality of the i3’s design. With the i3, BMW is pushing the boundaries. The challenge of creating a mini car is one we think is good for BMW’s development team. To save weight, the i3 Coupe has a carbon fiber body and a carbon fiber reinforced polymer (CFRP) safety cell. The strength of this set-up negates the need for a B-pillar, contributing to the car’s sense of space. As far as specs go, the i3 Coupe concept has 170 horsepower and 184 pound-feet of torque. The car’s lithium ion battery pack is good for a range of 100 miles. Whether you like BMW’s decision to produce this car or not, you can’t disagree with the innovation going into it. It will be the BMW of its segment, and for many that will be just right.