When it comes to sports cars, Porsche does everything differently. They are the only company to have a rear-engined passenger vehicle in the United States and one of the few to sell a mid-engined one.

So while most manufacturers introduce coupe models first, that isn’t the case at Porsche. The Boxter came first and then the Cayman a good while after that. Keeping with this schedule, the 2013 Boxter was introduced at the Geneva Motor Show. For 2014, Porsche is turning to the third-generation Cayman. While there isn’t radical change on the exterior (since when does Porsche do radical styling changes?) Underneath, the Cayman rides on an all-new platform. The wheel-base is wider and longer than the car it replaces, giving a more planted stance and wheels-pushed-to-the-corner look. As far as styling goes, the biggest change is probably around back. There is a re-sculpted design with new, wider taillights that help to increase visual width. One thing we like is that Porsche integrating it’s classic rear spoiler into the design of the taillights. This is a unique touch that helps the new model to stand out.

The interior gets a thorough reworking as well. Starting with the Panamera, Porsche really started to put more effort into the design and materials of its interiors. With the Cayman it really pays off, as the interior is a lot more stylish and well put together. The base model is powered by Porsche’s 2.7-liter flat six, making 275 horsepower. It is available with your choice of a 6-speed manual or the 7-speed dual clutch PDK. The 2.7-liter with PDK makes a run to 60 miles per hour in 5.1 seconds. The Cayman S, which has a 3.4-liter six making 325 horsepower, hits 60 in just 4.4 seconds. The Cayman goes on sale next spring, starting at $52,600. This is undoubtedly the best iteration of the Cayman yet, and as usual, we expect it to be one of the best handling cars around. 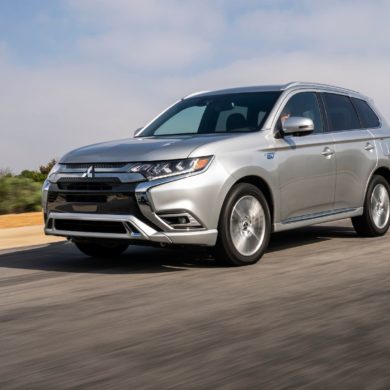