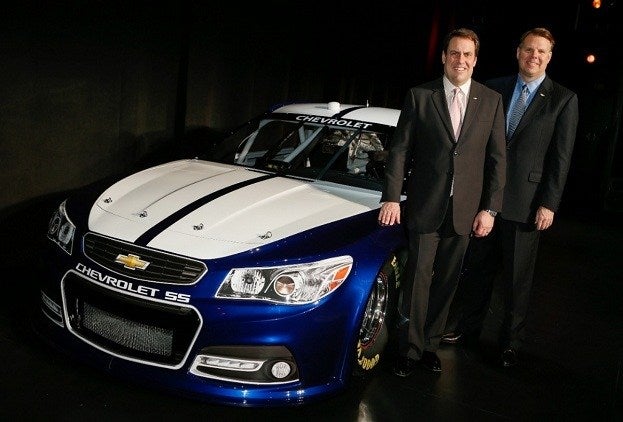 Two weeks ago at Homestead-Miami Speedway, the 2012 NASCAR Sprint Cup Series concluded for drivers and teams with Brad Keselowski being name champion after a pressure-cooker battle with Jimmie Johnson. The end of the season was also the last outing for the current stock car in the stable of Chevrolet teams with the Impala nameplate being retired. Chevy’s shift to a different persona in NASCAR’s highest competition class underwent a crucial step on Thursday with the official unveiling of their new racecar; the 2014 Chevrolet SS.

Previously depicted only in a checkered camouflaged form during testing, the recent NASCAR presentation was the first time to see the 2014 Chevrolet SS racecar in competition trim with colour, numbers and sponsorship. Along with the generic 2014 Chevrolet SS race car display piece, 2013 paint schemes belonging to several top NASCAR Sprint Cup teams have been brought to life ahead their race debut at the 2013 Daytona Speedweeks in February. At this time, General Motors has yet to premiere what will be the limited production Chevrolet SS sedan making the NASCAR Sprint Cup vehicle presentation somewhat more eye-catching. This is the initial opportunity to get a glimpse of Chevrolet’s new rear-wheel drive production sedan. Realizing that the vehicle is based on an Australian Holden Commodore also used as the basis of the law enforcement-duty Chevrolet Caprice PPV, the NASCAR Sprint Cup car reveals some defining styling characteristics for the 2014 SS sedan. Existing only as decals on the NASCAR stock car, the Chevrolet SS appears to be given a more dramatic front-end appearance than the Caprice police car. Another notable aesthetic detail on Chevrolet’s new NASCAR Sprint Cup can be found along the side. Corvette inspired, non-functional side ducts are found behind the front wheels of the Chevrolet SS sedan heavily framed with chrome accent. 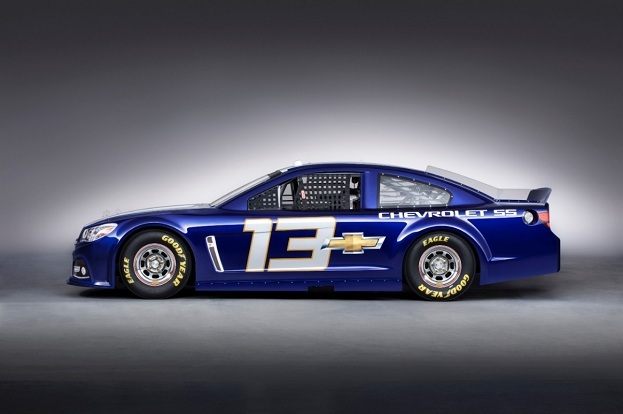 While the production model Chevrolet SS sedan is not expected to hit showrooms until at least late 2013, the car will compete in the entire 2013 NASCAR Sprint Cup season. The introduction of a NASCAR stock car ahead of the production vehicle is actually not an unprecedented action. Now defunct General Motors division Pontiac had placed redesigned Grand Prix body styles on track in 1996 and 2003 in the Cup Series ahead of showroom availability. In 1999, Chevrolet attempted a similar feat with the 2000 Monte Carlo but struggled to conform to NASCAR technical regulations.

With the departure from the Impala name already explained as the redesigned 2014 model of that sedan is being repositioned in the marketplace, GM North America President Mark Reuss highlighted the reason for the move in NASCAR Sprint Cup competition. “With the SS, Chevrolet is delivering a true rear-wheel-drive NASCAR race car that is very closely linked to the performance sedan that will be available for sale, ensuring that our most loyal enthusiasts will have the opportunity to experience the same thrill every day on the open road that our race car drivers enjoy on the track on race day.” said Reuss. Providing additional details on the production Chevrolet SS, Mark Reuss commented that the new sedan is being developed by the same team Camaro ZL-1 super pony car.

Despite a driver in Dodge Charger winning the driver’s championship in the stock car league, few would argue that the Chevrolet Impala SS ended its NASCAR career on top. Through two stints in NASCAR’s highest league (1959 to 1964 and from 2007 to 2012), the bowtie logo has ridden with the Impala name 151 times. In a tear that saw Chevrolet win the final five races in the Sprint Cup calendar on route to the 2012 manufacturer’s championship, the brand also surpassed 700 official wins in the series. 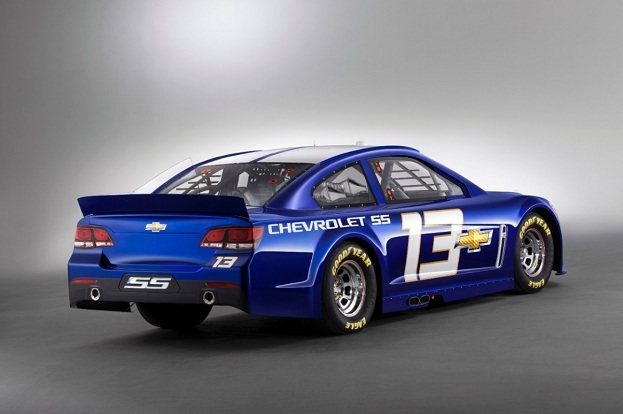 Jeff Gordon won the Chevrolet Impala’s last NASCAR Sprint Cup race at the season finale in Homestead. Present for the announcement of the Chevrolet SS NASCAR version, Gordon was asked about his enthusiasm for driving the new stock car. “I’m so excited to race this car.  I had a chance to test it at Charlotte a couple weeks ago.  Drove great.” said Jeff Gordon