The Los Angeles International Auto Show begins tomorrow but Toyota is already looking ahead to December’s Essen Motor Show. There have been a number of spy shots taken of Lexus LS prototypes on the Nurburgring. These aren’t just standard LS prototypes either, but instead are beefed up performance models.

Referred to as the “super LS”, little has been known about the car. It hasn’t even been confirmed until today. On Facebook, Toyota Motorsports GmbH released a picture of the sedan dubbed the TMG Sports 650. Under the hood, the Sports 650 packs a twin turbo charged 5.0-liter V-8, making around 641 horsepower. Until recently, Lexus has been non-existent in the performance sector. The competition, like Audi, BMW and Mercedes-Benz, all have performance trim levels for nearly every model line. Lexus stands in contrast, having only the IS F. Word has it that the GS will get an F variant as well. The standard GS is much more engaging to drive than any Lexus sedan before it, indicating Lexus is serious about changing its image.

Models like the Sports 650 are a way to do it. Little details were included in TMG’s post about the Sports 650. They said a lot of time was spent tuning the car’s handling and aerodynamics, meaning it is much more than a simple performance boost and appearance package. It will be interesting to see if Lexus makes the Sports 650 available for retail sale. If they do, we could see TMG take a lot bigger role at Toyota in the future. 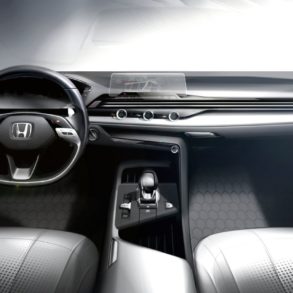