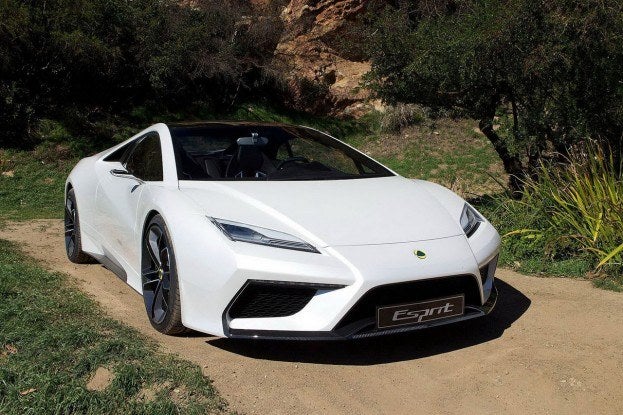 In 2010 Lotus announced an ambitious new plan at the Paris Motor Show. It included a few different models: Elite, Eterne, Elise, and Esprit. For years, Lotus had focused on light-weight and go cart-like models such as the Elise and Exige. The problem is that they just weren’t profitable.

Lotus needed to expand it’s sales by appealing to a broader section of the market. Former Chief Executive Officer Dany Bahar came up with a plan to do just that. It hasn’t worked out as planned, however: he left the company amidst an alleged scandal and Lotus’ parent company Proton, was purchased by Malaysian conglomerate DRB-Hicom. The vehicle enthusiasts most cared about though was Esprit, along rumored reintroduction of Lotus’s classic supercar. Lotus had grand plans for it, even planning to produce its own engines for it in-house. Recently, we heard the car was canceled only to have that swiftly denied by Lotus management. Now Autocar reports that the car has completed its development process. Despite this, it is far from a lock for production. That’s because Lotus management is still in upheaval. WIthout a strong leader, Lotus has been at a standstill for months. What happens next is anyone’s guess.

Either DRB-Hicom will decide to support Lotus with the necessary development funds, in addition to getting management in order, or it will seek a new buyer for the company. Autocar says that the car just needs minor tweaking before receiving a production green light. The Esprit is powered by a twin-turbo charged 5.0-liter V-8 with around 650 horsepower. In addition, it includes Formula One-inspired technology, like a kinetic energy recovery system (KERS). Esprit would be a pioneer in getting the system to a series production vehicle. We hope the Esprit finally sees light of day, whether it is retained by DRB-Hicom or sold to a new owner.