Coda’s Offering a Charge at No Extra Charge to Buyers With a record assortment of electrified automobiles becoming available to consumers, the process for selling vehicles incorporating such high-tech is starting with some hiccups. Appearing more expensive than traditional cars with internal combustion engines, no major auto company has been successful in presenting an electric vehicle with a price under $30,000 (though the Smart EV would recently limbo under the mark). Government tax incentives worth up $10,000 has been proving to be placed one of the only ingredients that have made electric cars even remotely viable economically. When you cannot give away gas cards or oil charge deals, upstart electric car brand Coda Automotive devised an incentive to move their $37,000-plus no emission sedan.

A sale promotion running until December 2nd, California motorists who’ll become Coda buyers receive a no-cost installation of a home charging station for their new vehicles. A premium worth $2,000 according to Coda Automotive, new electric vehicle owners will receive a GE WattStation Wall Mount unit along with an instant rebate on the cost to have it professionally installed in a garage or home parking spot. The GE WattStation Wall Mount is billed as the preferred charging unit for the Coda EV sedan(ultimately meaning the start-up auto company entered a supply agreement with the equipment supplier). Electric charging stations such as the GE WattStation provides the fastest possible induction of electrical power to the battery. The average charging time of the Coda sedan using the 220-volt charger will take six hours.

Coda Automotive could be seen as the biggest dark horse in the niche category. Configured as a compact four-door sedan, the Coda EV is born from a Chinese built vehicle. Powered by a 31-kilowatt hour electric motor, energy is supplied by a lithium-iron Phosphate battery pack. One of the only electric cars sold with a lithium-iron Phosphate battery, Coda’s vehicle touts an extra long overall battery lifespan defended with a 10-year or 100,000- mile warranty. The Coda EV has received an EPA certified range of 88 miles but the company suggests up to 125 miles can be achievable. While big electric car player Tesla Motors is only starting to expand a notable dealership presence across the US, Coda marketing and sales is presently devoted to the state of California. Expansion into other states is part of the electric carmaker’s 2013 plans.

This is definitely an electric time in the electric car industry. With the Motor Trend Car of the Year award going to the Tesla Model S earlier this month, the one-time pipe dream of electric motoring appears to have plugged into some newborn energy. 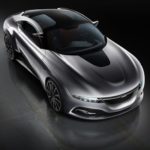 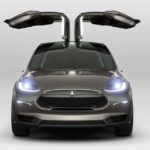 Next
The Success of S will Lead to an Excellent X