Spying on the 2014 Chevrolet Corvette

For the past several months around the Detroit area, automotive paparazzi have been a little anxious to capture an image of General Motor’s latest mechanical celebrity. The seventh-generation Chevrolet Corvette (known popularly as the ‘C7’) has the entire car world waiting in anticipation for its pending debut. Undercover and incognito, peaks at a masked Corvette C7 have given some of us less patient automobile enthusiasts a reason to wet appetites.

Like so many Christmas gifts resting under trees during the upcoming holiday season, so many want to unwrap the 2014 model year Chevrolet Corvette ahead of its auto show premiere. Setting January 13th 2013 at the North American International Auto Show in Detroit as the official launch of the 50-year old performance icon, General Motors will leave us waiting a little under two months to be fully indulged to the full new Corvette.

The most sought after details Corvette lovers are longing to realize is the interior and exterior design of the C7 model. Will the Chevrolet Corvette C7 styling be more retro or forward thinking? While the overall shaping is expected to purely speak Corvette, specific aesthetic touches can skew. Will we see the split-rear window return as suggested by some including the Corvette Stingray Concept vehicle?

Remembering the release of the Corvette C6 design, some fans of the American were broken up emotionally to see exposed headlamps replacing the pop-up headlights that became a design tradition (though a wildly inefficient one). However important it is for the C7 model of the Chevrolet Corvette to appeal to us at a standstill, the new sports car’s divine new shape will be crafted for maximum performance. Tadge Juechter, the chief engineer for the Corvette C7 stated that 2014 car is actually absorbing traits discovered through the Corvette Racing program.“For example, the front grill and radiator flow paths reduce lift, improving vehicle stability at high speeds by keeping the car pressed to the pavement.

In addition, functional vents increase track capability by channeling air to the brakes, as well as heat exchangers for the transmission and differential.” said Juechter. Dedicating a high degree of time configuring the new Corvette in a manner where results can only be seen in wind tunnel data. Exterior design manager Kirk Bennion teases that the 2014 Chevrolet Corvette outer skin will be a case where, “form and function work cohesively to produce beautiful purpose.”

“Its sculpted design excites in all the ways that a Corvette has for six decades, with elements carefully shaped in the wind tunnel to increase airflow potential and improve cooling for a system that is as efficient as possible,” said Bennion.

A Chevrolet way too cool to wear the mere ‘bowtie’ badge, the Corvette C7 will feature a revised emblem for the 2014 model year. The “Crossed Flag” logo used to uniquely identify the Chevrolet Corvette is sharpened. Projecting more defined colouring framed by some eye-catching chrome, the 2014 Corvette emblem’s more swept, longer look. Besides being part of the street car, the new Corvette insignia will be part of the Corvette Racing sports car competition program. The Chevrolet Corvette C7R will officially be part of North America sports car racing during the 2014 season.

Reported through the media grapevine earlier this year, there was mention that the next generation Corvette would feature lower displacement engines than the V8 powerplants. The American-built sports car’s more recent iterations such as the 427 Edition is thought to be the last big engine we’ll see the Corvette entering into the 2014 model year.

For some hardcore Chevrolet Corvette fans afraid those words meant some kind of turbocharged six-cylinder engine propelling an all-wheel drive potential blasphemy, take stock in knowing the seventh-generation Corvette will return with some familiar eight-cylinder muscle.

Defined as the LT1 engine, the 2014 Chevrolet Corvette’s 6.2 liter V8 will be the first of an all-new line of Small Block powerplants produced under Gen 5 architecture. For the 2014 Corvette, 450 horsepower and 450 pounds feet of torque will be on tap on the base model.

Laden with high-tech control and management systems, the brand new LT1 engine is the first time several items will be found in Chevrolet performance athlete. Direct injection, Active Fuel Management and continuously variable valve timing will be important components contributing to a projected 26 mile per gallon highway fuel economy with the new Corvette. The C7 model Chevrolet Corvette’s LT1 engine will also be a cleaner machine that will produce roughly 25 percent fewer hydrocarbons at cold-start.

While the information presented is only a collection of small new releases and speculation, the seventh-generation Chevrolet Corvette can be defined by some core elements already. Besides creating a leaner and meaner edition of the Chevrolet Corvette to match wits with the Porsche 911, Audi R8 or other likely adversaries in the sports car world, the technology used to explore the zenith of performance also plays into making the 2014 model year car evermore relevant. 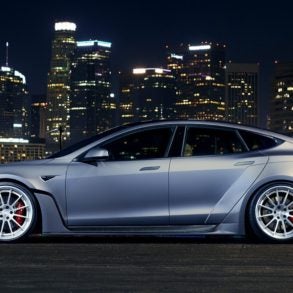