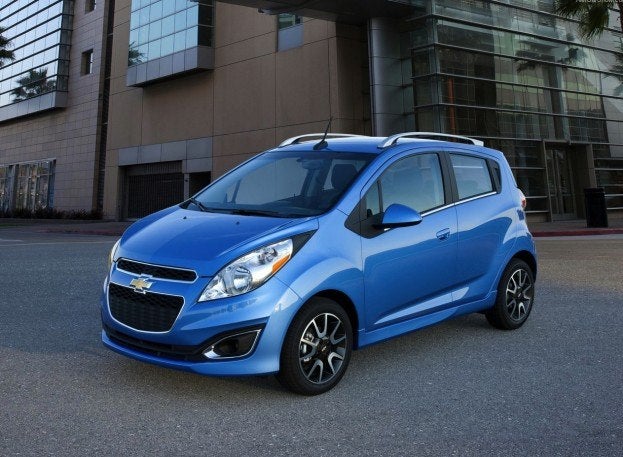 Most volume manufacturers don’t project pure electric vehicles to make up a big part of future sales. The Volkswagen Group expects to put more of an emphasis on hybrids and diesels going forward. As for General Motors, it made a big bet on range-extended electric vehicles with the Volt.

This is the company that “killed the electric car”? Yep. Later this month GM’s first all electric vehicle since the ill-fated EV1 will be announced in production form at the LA Auto Show. The Spark EV will be aimed at urban buyers and it isn’t expected to be a huge seller (big surprise!). Earlier this week GM senior vice president of global product development, Mary Barra, was at the GM electrification experience in San Francisco. There, she announced that GM will have 500,000 vehicles with electric power by 2017. And by this, she means pure electric vehicles. This year if you included vehicles such as the Volt and eAssist models like the Malibu Eco, 50,000 will be sold. Those models are included in Barra’s 500,000 tally.

It will be interesting to see where all of this volume (500,000 over the next 5 years) comes from. On a broader level though, GM continues to view plug-ins and RE-EV as having the most potential. Barra said that these vehicles “offer(s) a unique opportunity to change the way people commute.” We’d be inclined to agree. Models like the Chevrolet Volt could have a huge impact on nationwide fuel consumption and household budgets. The trick is just getting the cost down. Next year we may see some help in that regard when the Volt gets updated for the 2014 model year. If it’s cost can get in the $25k range, it will come into the realm of possibility for a much wider swath of the market.