Buick introduced the Verano in 2011 and brought a well-priced premium compact sedan to the segment. When it’s compared to the competition, the Verano has to be taken seriously because of its technology, luxury, and attractive pricing. For the 2013 model year, the Verano gets some needed help in the power department. Buick has updated the powertrain with a new 2.0-liter turbo engine option that gives the small luxury sedan some performance respectability. Buick has also added some advanced safety features, such as a standard rearview camera and available crash-avoidance technologies.

This week we’ll be testing the 2013 Verano with the Leather package and standard 2.4-liter four-cylinder with a six-speed automatic transmission. The Verano features a front-wheel-drive configuration, but doesn’t offer all-wheel-drive. This could keep the small luxury sedan from being considered a true world-class premium car. Buick likes to compare the Verano to the Lexus IS 250, which has rear-wheel and all-wheel drive, but it would probably be better than the front-drive Acura ILX.

Even as a compact car, it’s six inches longer than the Mazda3 and three inches longer than the Lexus IS 250. The Verano seats up to five and the 1SL with the Leather package ($29,830) comes loaded with luxury features. The interior feels like a luxury sedan and comes with soft-touch materials throughout. Standard features include push-button start, heated steering wheel, heated seats, heated outside mirrors, and self-dimming rearview mirror. 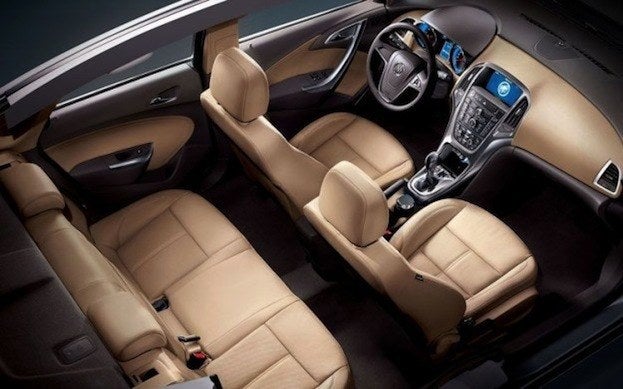 This Verano 1SL tester came with the standard Ecotec 2.4-liter direct-injection dual-overhead-cam with variable valve timing. The naturally aspirated four-cylinder produces 180 horsepower and 171 lb.-ft. of torque. It came mated to a six-speed automatic transmission with Driver Shift Control. It provides a 21/32 city/highway fuel economy and is E85-capable.

In the week of driving the Verano with the 2.4-liter engine, it was adequate for most driving situations but felt a bit underpowered when pushed hard driving up I-70 west of Denver. The 180 horses were working hard to motivate the luxury sedan at altitude. At sea level on the flat, most drivers would be satisfied with the performance. But for those wanting the additional power and performance, Buick has stepped up to the plate and delivered in a big way. 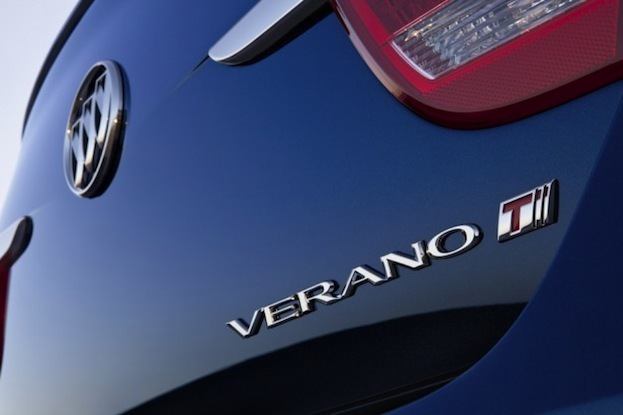 The available 2.0-liter turbocharged engine that’s new for the 2013 model year would be a better choice for performance-minded buyers. The new turbo powerplant delivers 250 horsepower and 260 lb-ft of torque for strong acceleration. The new Ecotec turbo was developed in Europe and North America and is also used in the new Chevrolet Impala. The 2.0-liter turbo gets an EPA-estimated fuel economy of 20 city / 31 hwy with the manual transmission and 21 city / 30 hwy with the automatic using premium unleaded fuel.

The most surprising aspect of the 2013 Verano is its handling ability in the corners. In spirited driving in the mountains west of Denver, the Verano was impressive. The suspension is quite responsive in both hard left and right-hand turns. Steering inputs were quick through the fuel-saving electric power steering system. The Verano uses a decoupled MacPherson strut suspension in the front, and a lightweight Watts Z-link design in the rear, which helps center the rear axle during cornering and better follow the lead of the front suspension. The overall design gives the Verano an impressive sporty feel. The cabin of the Verano is tranquil at highway speeds. 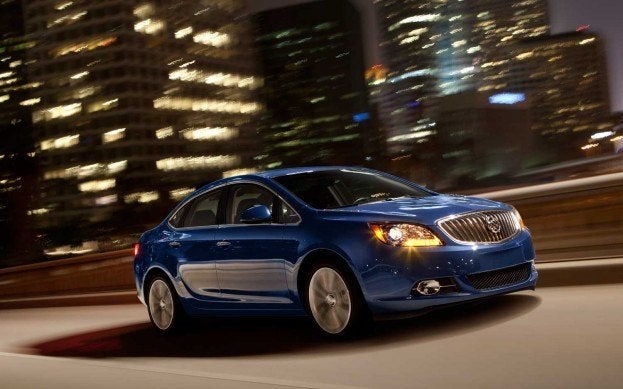 Also new for the 2013 Verano are new available crash-avoidance technologies. The safety systems are called Side Blind Zone Alert and Rear Cross-Traffic Alert. The new technologies help drivers avoid collisions by using radar to watch spots the driver may not see and then provide visible and audible warnings. These technologies are standard on the Verano with the 1SL Leather package.

The Buick Verano offers attractive styling, surprising cornering ability, and luxury levels found in more expensive luxury sedans. When you factor in the price and fuel economy, the Verano is an attractive choice in the entry premium compact segment. With the new 2.0-liter turbo engine option, the Verano becomes a viable luxury performance sedan. When Buick offers all-wheel-drive, it will be a world-class contender with the Lexus IS 250 and Volvo S40.