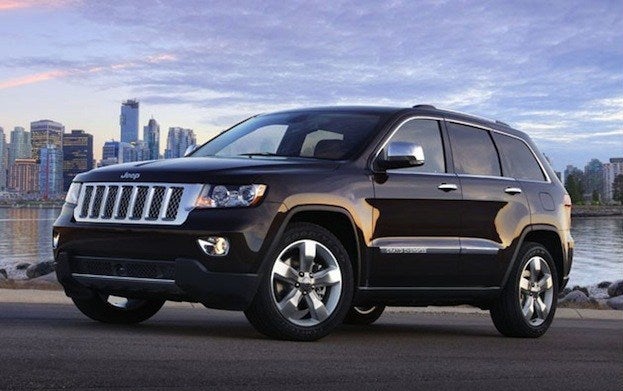 The Jeep Grand Cherokee has been an American icon since its first introduction in 1993, and made its world debut in 1992 at the North American International Auto Show in Detroit. The President of Chrysler, Robert Lutz, drove the mayor of Detroit up the steps of Cobo Hall and through a plate glass window to show how well the new 4X4 would perform. The Jeep Grand Cherokee is known for its rugged off-road prowess, but its also had some special edition models to feature the luxurious side.

The Overland was one of those models from 2002-2004. The top-of-the-line Overland had a brief run and was named after the former Jeep parent, Willys-Overland. For the 2012 model year, Jeep has chosen to bring back the nameplate and has given it a bit longer name this go-around. The 2013 Jeep Grand Cherokee Overland Summit has a name long enough to take up a football field. The new Overland Summit moves to the top of the Grand Cherokee lineups luxury range.

The new 2012 Overland Summit is expected to compete in a competitive field of luxury off-road 4X4’s. That luxury list would include the Land Rover LR4, and Mercedes-Benz G-Class. It will also compete with more rugged models like the Toyota 4Runner and Land Cruiser, Chevy Tahoe and Ford Expedition. The new sophisticated Overland Summit will come with the most luxury of any Grand Cherokee to date.

The Jeep Grand Cherokee already has a stylish and quality interior, but the new Overland Summit 4X4 takes it up a notch. The luxurious Overland Summit cabin gets lots of stitching and piping and is as luxurious as any Chrysler product. The luxury interior features stitched saddle seats with a black cabin with black olive wood trim throughout.

It also comes standard with heated and cooled front seats and heated seats for the second row. A wood/leather wrapped heated steering wheel also adds to the luxurious feel. The 60/40 rear seats have a reclining feature and gives rear passengers a view of the sky through the panoramic sunroof that extends over both rows of seats. 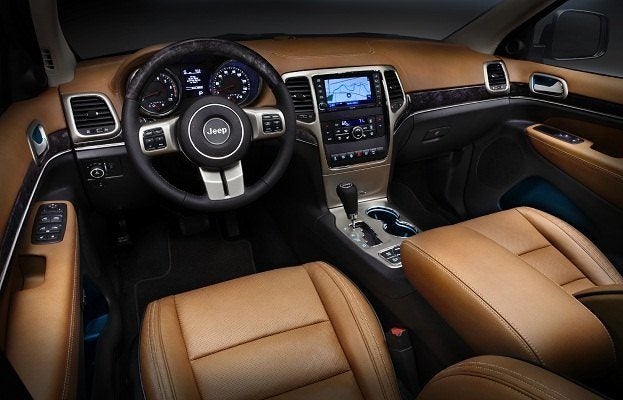 On the outside, the Overland Summit 4X4 V6 ($43,395) gets special treatments like 20-inch aluminum wheels, a chrome mesh grille, unique paint selection, power liftgate and chrome tow hooks. The luxury edition is loaded with luxury and the only options are the V8 engine, Blind Spot Monitoring, Adaptive Speed Control and Forward Collision Warning system. An off-road package can be ordered for taking the luxury SUV on the trail. 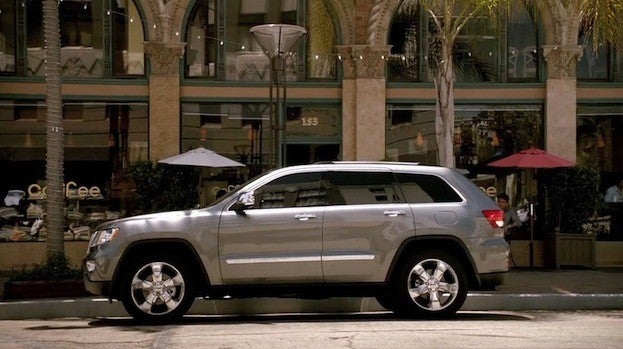 Two-wheel drive is standard on the Jeep Grand Cherokee, while we aren’t sure why anyone would want it, and four-wheel drive,with low-range gearing came on this tester. A 3.6-liter V6 powerplant is standard and was more than sufficient for any driving situation that was encountered during the week with the Overland Summit. The V6 comes mated to a five-speed automatic transmission that sends power to all four wheels. Fuel mileage has improved slightly for 2012 and the V6 is rated at 16/23 city/highway.

The 3.6-liter V6 produces a respectable 290 horsepower and 260 pound-feet of torque. A huge 24.6 gallon fuel tank allows a range of 500 miles. The V6 engine felt smooth and powerful. The horsepower is adequate for most driving situations and if more torque is needed, the available V8 would be a better choice for towing. 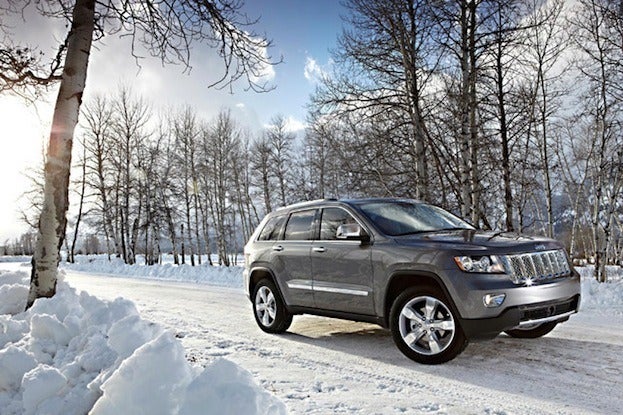 The overall ride quality is a bit firmer with the 20-inch wheels, but the cabin is comfortable and quiet on the highway. The five-speed transmission would be the only week link in the setup and features a single overdrive. It is calibrated for fuel-economy and tends to frequently kick-down when its out of overdrive. So in Colorado mountain driving at altitude it was easier to shift manually. In the city the Grand Cherokee with the V6 is a perfect setup. There was plenty of power getting up to highway speeds and passing slower traffic in the mountains.

The Jeep Grand Cherokee 4X4 is built to go off-road and this luxury Overland Summit will handle just about anything you can throw at it. While most owners will never take their luxury SUV off-road, an afternoon of climbing over some rough terrain west of Denver proved the Overland Summit is up to challenges far beyond what owners will want to put their pretty new Overland Summit through.

Overall, the 2012 Jeep Grand Cherokee Overland Summit V6 4X4 is a luxurious family vehicle that is ideal for city commuting and provides excellent all-weather capability. And it offers more off-road capability that most owners will ever need or use. The cabin offers extra luxury and also features flexible cargo carrying ability. For those wanting extra luxury in cold weather climates, the Overland Summit is a good choice. 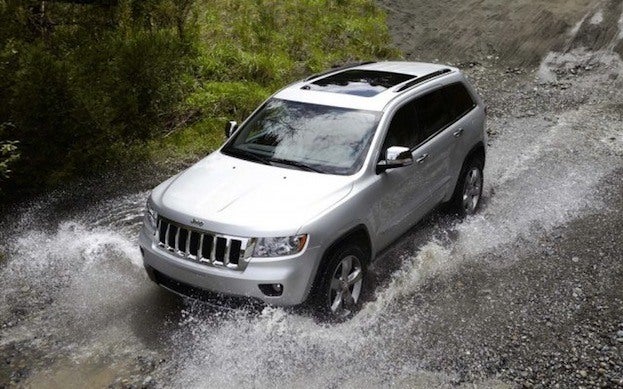