The 2013 Lexus GS350 has been completely redesigned for the fourth-generation luxury sedan. It gets an updated drivetrain and most importantly it moves closer to being a sport-luxury sedan. When Akio Toyoda, the grandson of the founder of Toyota Motor Company took over the reins a few years ago, he made a goal to transform the Japanese car company and bring a sportier feel to the lineup.

The Lexus brand has never been known to seriously compete with German luxury sport sedans from Audi, BMW and Mercedes-Benz, but the new 2013 GS350 has taken a big step in that direction. The brand is beginning to see the influence of the CEO’s racing background. The Lexus GS350 has some serious ground to make up to be able to compete with the Audi A6, BMW 5 Series and Mercedes-Benz E-Class, but they have definitely made progress. For starters this tester came with all-wheel-drive which gives it all-weather performance, which is something the German brands perfected.  The exterior gets new styling with its new chiseled front end and that gives it a more aggressive sporty look. The chassis is about two inches wider for a revised suspension geometry. It also gets a quicker steering setup which improves handling in the corners. The new GS350 uses an independent front double-wishbone and multi-link rear suspension setup.

After taking the all-new 2013 Lexus GS350 AWD ($49,450) out into the mountains west of Denver, this driver was surprised at the difference the changes made. Even though the GS350 isn’t offered with a V8 like the competition, the 3.5-liter V6 making 306 horsepower and 277 lb ft of torque is adequate for most driving situations. 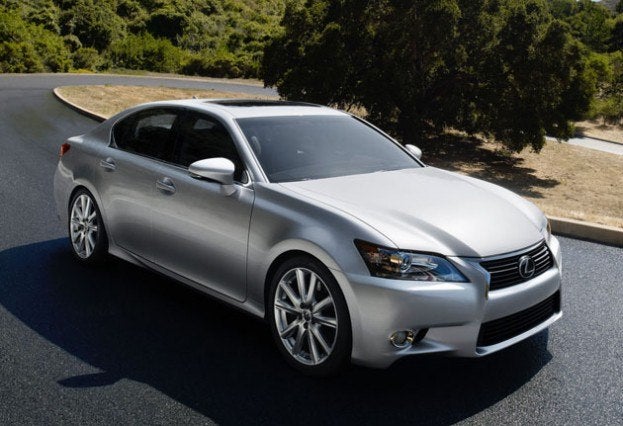 A new level of performance

The six-speed automatic comes with steering wheel paddle shifters and they worked well with the manual mode control. The all-wheel-drive kept the sedan firmly planted during spirited driving through tight mountain corners near Evergreen. The end result is a new GS350 that is much better equipped to run with the big dogs and is close to being equal with cars like the Cadillac CTS, Hyundai Genesis, Volvo S60, Infiniti M37 and Jaguar XF. Driving enthusiasts will certainly be impressed with sporty handling of the new 2013 GS350. 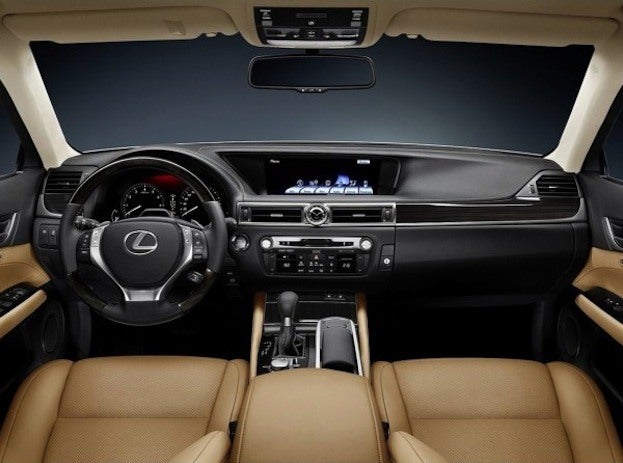 The optional full-color 12.3-inch multi-media display can be split multiple ways for navigation, directions, climate, and web based resources through the Enform system. The system comes with a full compliment of the latest technology for handheld apps via Bluetooth, it offers speech recognition, and includes Bing, Yelp, Facebook, Pandora, Open Table and other social media, and works with Android, Blackberry and iPhone systems. A mouse-like device is on the passenger side of the console which controls most of the functions. Virtually every command execution is accompanied by an electronic tone but some functions are limited once the car is in motion.

Overall, the 2013 Lexus GS350 AWD is what you would expect from Lexus with a luxurious cabin, quiet ride and extensive luxury features. What comes extra with the newly designed sedan for 2013 is sportier driving dynamics that will satisfy most driving enthusiasts. Lexus is making their move to seriously compete in the luxury sport sedan segment. For the first time it offers both comfort and levels of performance not seen before. We can see the difference that Akio Toyoda is making by bringing sportier models to the Luxus brand. 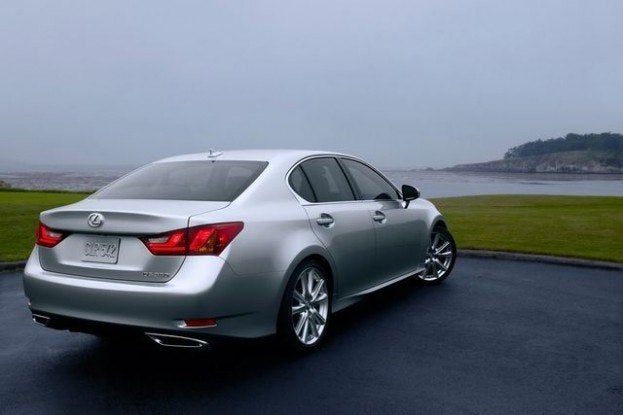