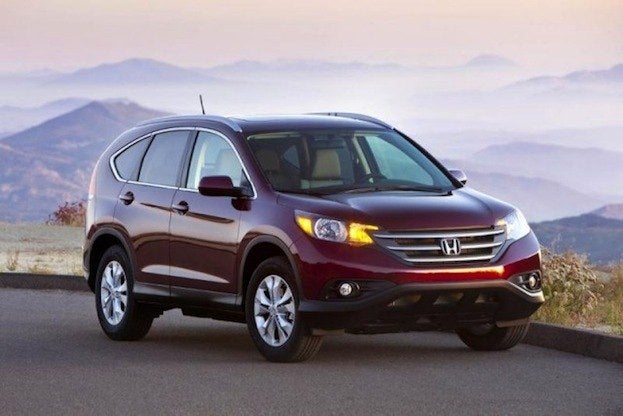 The all-new 2012 Honda CR-V has been updated and is the fourth generation of the Japanese automakers popular small SUV.  The CR-V is a four-door, five-passenger, entry-level sport utility vehicle. The new 2012 model gets a few notable improvements over the previous generation.

New on the 2012 CR-V is the Eco-Assist system which helps improve fuel-efficiency. The new system will adjust the transmissions shift points and retards acceleration to achieve the improved fuel economy. Eco-Assist can be switched on and off by the driver. The 2012 model gets an EPA-estimate 23/31 city/highway mpg on the front-wheel drive CR-V, and 22/30 mpg with all-wheel drive. Those figures are somewhere in the middle of the CR-V’s major competition.

Drivetrain and exterior upgrades for 2012

Honda has also updated the new 2012 crossover with some equally new drivetrain technology. The new model comes with hill-start assist, which automatically applies the brakes when the car is stopped on a hill and releases them when the driver touches the accelerator. A new clutch feature on AWD models has a pre-load function that prevents any initial slippage when moving from a complete stop. 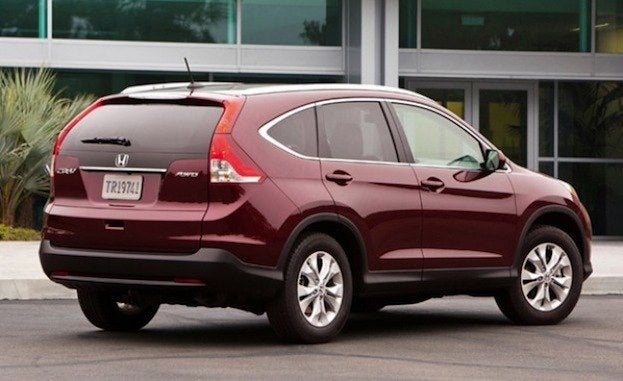 The outside of the 2012 CR-V also gets some revisions. Most of the changes are small but the one on the rear was overdue. On the front, the headlight housings are sleeker. The car is more aerodynamic thanks to the roof being lowered an inch. The side sculpting is also more pronounced, but the most needed change came the rear of the CR-V with the liftgate and taillight assemblies receiving a complete re-do and look much better than those on the 2011 model.

The main change to the interior is the loss of one inch of headroom due to the lower roofline. The rear cargo area is bigger when the rear seats are folded flat. The quality and fit and finish is what you would expect from a Honda product and it has contemporary styling. There is a lot of hard plastic surfaces used except for the door armrests. Overall the cabin of the CR-V is comfortable and functional. 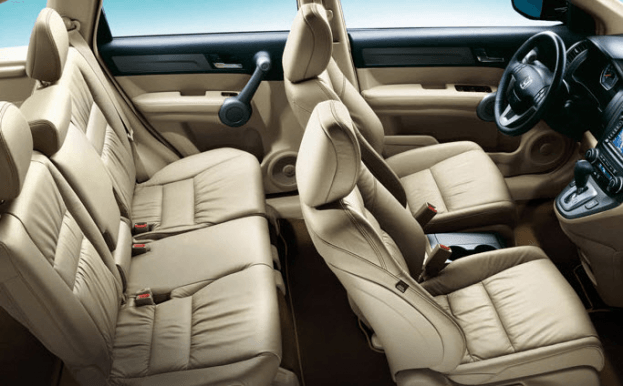 This week we tested the CR-V EX-L AWD ($29,995) and it comes loaded with standard features like leather seats, navigation, Bluetooth, heated front seats, automatic climate control, and a premium 328-watt audio system with a subwoofer and XM satellite radio. A rearview camera is also standard and features a multi-angle unit that lets the driver choose between a top view and either a 130-degree or a 180-degree view. There is only one powertrain offered, but it’s an upgraded 2.4-liter four-cylinder, with an upgraded five-speed automatic transmission. The improvements did make a difference in performance and fuel-mileage. The engine comes with four more horsepower and two more pound-feet of torque and gets better fuel economy, a 10-percent improvement. Most automakers have upgraded to a six-speed automatic while the CR-V sticks with five.

The 2012 CR-V is quieter than the previous generation due to a number of key changes. The lowered roofline adds to the better wind resistance, some credit goes the rigid body and Honda says the 2012 gets more sound deadening material than the 2011. On the highway, the ride and handling is solid without being overly firm and stable with little body lean in corners even at higher speeds.

Overall, the 2012 Honda CR-V EX-L AWD is a solid competitor in the small SUV segment. It has received enough changes and upgrades to keep it in the race. Honda is playing it conservative instead of making radical changes to the CR-V. But they have been questioned for that conservative approach with the competition bringing out all-new vehicles. 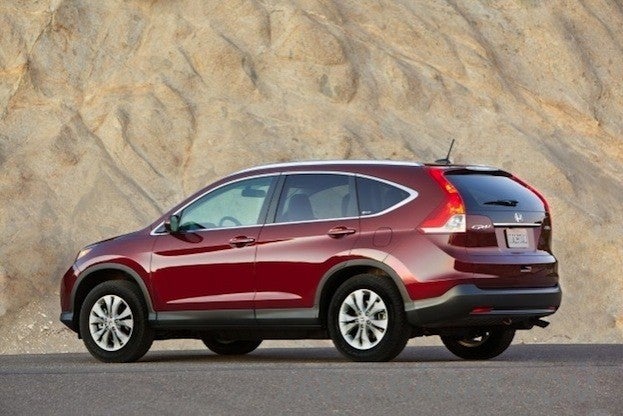