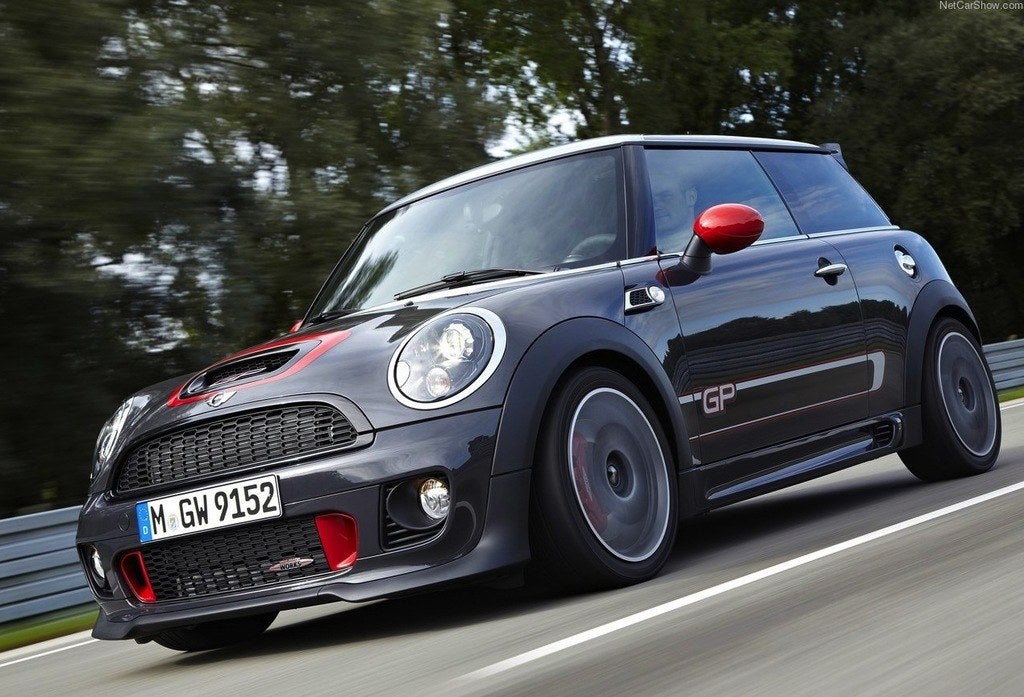 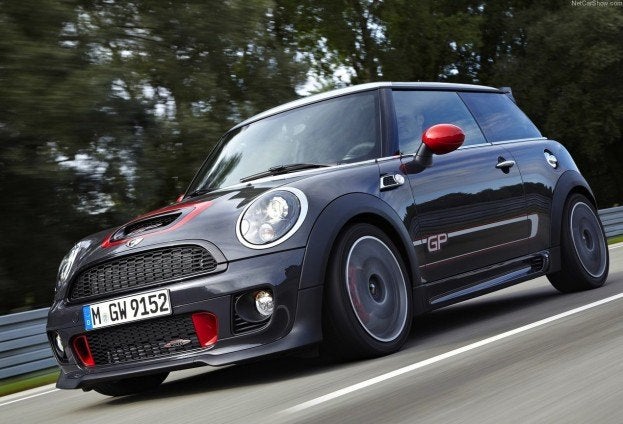 Say hello to the 2014 MINI John Cooper Works GP, the fastest production MINI ever. John Cooper Works has been firmly established across the MINI lineup as the brand’s highest, fastest trim level. BMW refers to it as a sub brand now, and this year the franchise is expanding with a JCW version of the Countryman crossover.

Back in 2006 the brand offered an even higher spec limited run Hardtop John Cooper Works GP model. It was a send-off to the first generation MINI and only 2,000 were made (415 earmarked for the United States). Back then, Dr. Kay Segler was in charge of the brand. Now he’s back and so is the JCW GP. Once again, it sends off the current generation MINI with a bang – next year the all-new R56 (which shares a platform with the BMW 1-Series Gran Turismo) will be arriving. Under the hood the MINI JCW GP (say that a few times fast) gets an extra 10 horsepower and five pound-feet of torque, for a total of 218 hp and 192 lb-ft of torque. At select times under acceleration, torque will be boosted to 207 lb-ft.

There’s an 110-pound reduction in weight, accomplished by lightweight new wheels and a removal of the rear seats. The new car weighs in at 2,558 pounds and reaches 0-62 mph in 6.3 seconds. The previous car hit 60 in 5.9, powered by a 1.6L pumping out 215 hp and 184 lb-ft of torque. This year’s JCW GP is much faster on the famed Nurburgring North Loop, with a time of 8 minutes and 23 seconds – a whopping 18 seconds off the previous car’s lap time.

The suspension is fully adjustable, able to be lowered by 20 millimeters. Stylistically there is an appearance package that apes the 2006 original, and it gets an exclusive Thunder Grey exterior paint color. For extra stopping power, MINI has fitted an “extra-powerful sports braking system.” Sounds good to us. like the 2006 model, only 2,000 will be built and you can bet they’ll all be spoken for very soon. 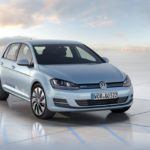 Previous
73.5 MPG And You Can’t Have It: 2014 Volkswagen Golf BlueMotion Concept 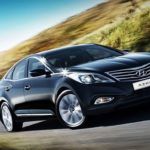