I don’t know about you, but when Porsche first showed the 918 Spyder Concept in March 2010, it sounded like another conceptual pipe dream meant to prove to the public that Porsche is moving in a more technologically advanced direction with hybrid tech and all that jazz, just like every other car company out there. And 78 mpg on that thing? Give me a break. Then a few months later, they announced they’d actually be building the damn thing. But a simple “green light” still doesn’t really mean much – after all, look at the NSX. Honda’s been telling us it’s coming for years now, greenlighted, canceled, greenlighted again, yet it’s still sitting on Acura’s “Concepts” page with no more information than we had a year ago.

But Porsche’s 918 Spyder is different – news has been trickling in little by little about the car’s upcoming production, and we just received an update about its performance. And it’s impressive. Of course, it should be. It is, after all, the amazing Carrera GT’s successor, and combines a 4.0-liter V8 and two electric motors for a total of 775 hp worth a zero to 60 mph time of 3.1 seconds and a 199 mph top speed. We already knew that part, but considering it’s a hybrid, how will it actually perform?

Well, Porsche just put the 918 Spyder Prototype around the world-famous Nürburgring Nordschleife test track and got a time of 7 minutes 14 seconds. So…good, then, right?

But after all, considering it’s the fastest and most expensive (and we’re talking around $845,000 here) Porsches ever made, it damn well better be fast. But you gotta give it to ’em…it’s still a hybrid. 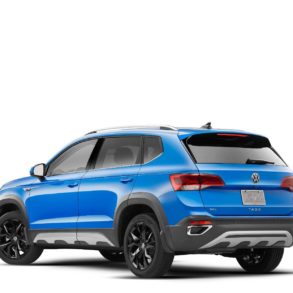 These New Basecamp Accessories Will Jazz Up Your 2022 VW Taos