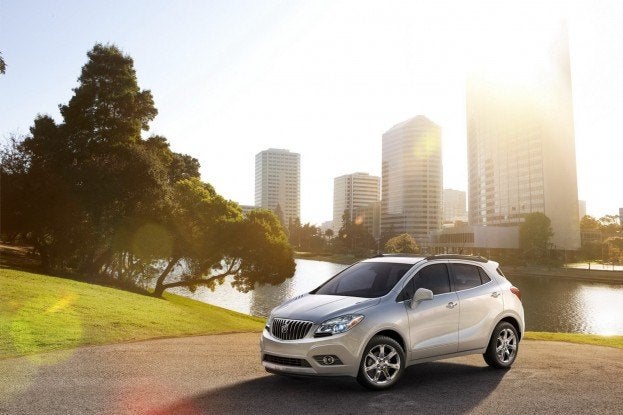 Those who haven’t been paying attention might be unaccustomed to Buick being at the forefront of emerging trends. The 2012 Buick Verano was a pioneer in the small luxury space, and the 2013 Buick Encore is a crossover followup with even bigger potential sales impact.

There are some of us accustomed to the fact that when it comes to cars, bigger isn’t necessarily better. Europeans (by necessity) know this, leading to huge sales for small crossovers like the BMW X1 and Audi Q3. The X1 is making its way to the United States for 2013, and Audi is debating whether or not to give the Q3 a green light. When rather than if is the real question. We’re never sure exactly where a manufacturer intends to position a model until official pricing is released, and Buick has just let loose info for the 2013 Encore. The little crossover starts at $24,950 for the standard Encore. If you’ll remember, Buick did away with trim levels awhile back in favor of more a la carte option packages. For instance 18-inch chrome wheels add $995, a sunroof $800 and a navigation system lightens your wallet by $795. Packages and individual options enables you to get what you want a lot easier.

$24,950 includes standard 18-inch wheels, a back up camera, seven-inch high-resolution center display with IntelliLink and Bose Active Noise Cancellation. If there’s a disadvantage with the Encore, it’s definitely under the hood. The Encore puts out just 138 horsepower from its 1.8-liter four-cylinder. The Encore shares its Delta platform and EcoTec engine with the Chevrolet Sonic. We’d like closer to 200 horsepower at least as an option, but as for now the 1.8-liter is the only option. With advantages like a 28 mpg combined EPA rating, the Encore could blaze a new trail for Buick when it goes on sale early next year.