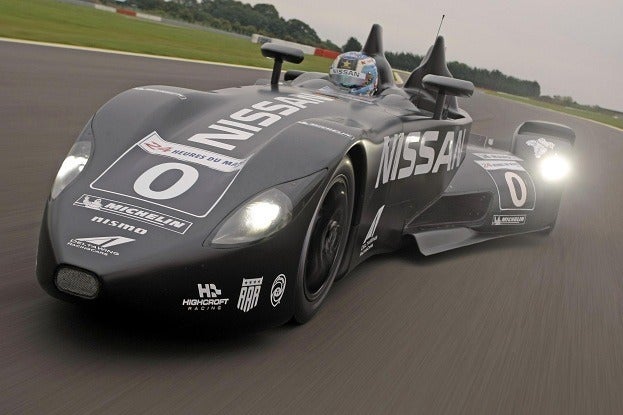 Nissan DeltaWing to be Deployed at 2012 Petit Le Mans

A technological standout at the 2012 Le Mans 24-Hour race in June, the Nissan-powered DeltaWing was sold to media under the term “incubator for innovation” for both auto racing and for passenger car design. Adapted from a concept proposed for the 2012 IZOD INDYCAR Series, the DeltaWing’s failure to win the future look of open wheel racing was not the end of the line for the radical racecar.

Spending a year of effort to outfit the DeltaWing to sports car specifications and bargaining with Nissan to supply a 1.6 liter direct injection powerplant (similar to that found in the Juke crossover), the quirky racing machine was ready for the 24 Hours of Le Mans classic.

Running under the ‘Project 56’ banner in reference to the 56th garage secured for experimental race machines in the famous daylong sports car event, the Nissan DeltaWing relied on a super-lightweight, aerodynamic shape and structure to allow a 300-horsepower engine to race competitively with LMP2 cars.

In its inaugural race, the Highcroft Racing fielded Nissan DeltaWing ran respectfully until the 7th hour where it was ran off the road by a Toyota prototype car. Completing just 75 laps, the 24 Hours of Le Mans race demonstrated a vehicle many race fans would like to see more of in the future. Fortunately, the Nissan DeltaWing will be launched sooner rather than later for competition within North America. 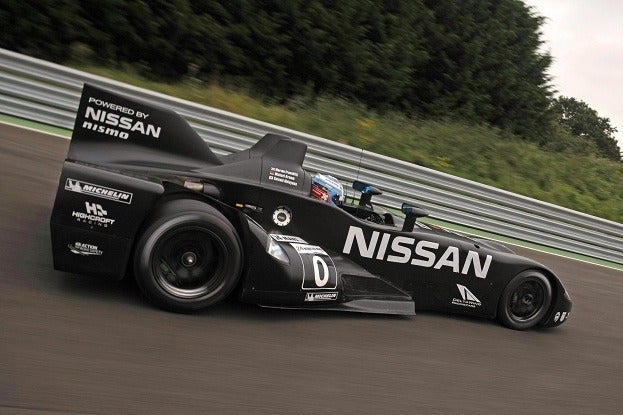 The Nissan DeltaWing’s second time competing during a sports car racing weekend, the unique racing vehicle will make its United States debut at the Road Atlanta road course for the Petit Le Mans. Nissan proclaims presence at the Petit Le Mans race as “unfinished business” after the DeltaWing’s forced departure from the 24 Hours of Le Mans.

Ben Bowlby, a man described as the Nissan DeltaWing’s visionary creator, spoke about the challenge of the 2.54-mile road course in Braselton, Georgia a distinct opportunity. “At Petit Le Mans, we will get the chance to show the US fans just how cool this car is but also the chance to prove that it works on a much tighter, twister road course, rather than the flat-out, 300kmh, Le Mans-style racetrack.” said Bowlby.

Bracing to be part of the October 20th race for either 1,000 miles or 10-hours (whichever comes first), the Nissan DeltaWing will feature the driving talents of American Le Mans Series champion in the LMPC class Gunnar Jeannette and a graduate from Nissan’s GT Academy Lucas Ordonez.

Similar to the complexion of the 24 Hours of Le Mans, the DeltaWing will be rated as an experimental racing machine meaning it would not be eligible for overall or class victories at Road Atlanta. Nissan refers to the presence in the upcoming race as “the world’s most public laboratory” in motion.

RELATED
2020 VW Atlas Cross Sport: How It's Equipped & What To Expect

The DeltaWing’s very visible experimentation in the United States is nothing new. In late March, the racing car performed some high profile shakedown testing at the Sebring International Raceway drawing major attention from motorsport specific as well as mainstream media.

Regarded as a demonstration vehicle in sports car racing for 2012, hints have the Nissan DeltaWing perhaps part of the 2013 American Le Mans Series. Chances of the car being part of what will be a newly merged North American sports car series in 2014 is even more optimistic.

Like it or not, the DeltaWing has been proving many skeptics wrong with every lap it turns and every mile the lightweight race car logs on the race track. 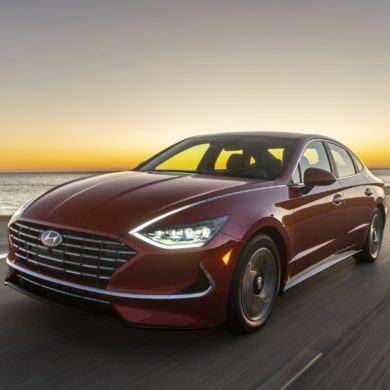