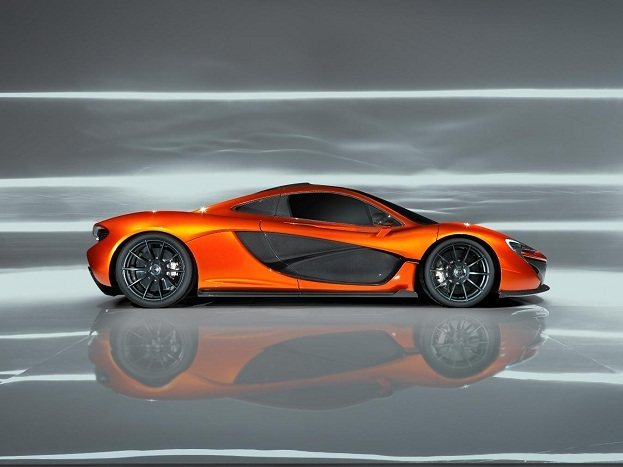 Upon the announcement that McLaren Automotive would make its first official international auto show appearance in Paris, it was instantly brought to attention that the British sports car maker had something special planned. Establishing itself as a wide-reaching, global sports car powerhouse targeting the best of Ferrari and Lamborghini, McLaren’s launch of the MP4-12C supercar in 2011 was the first step in this independent plan. On tap last year in the exotic car rumour mill, speculation of a new, more powerful McLaren high-performance supercar has led many to anticipate the sports car builder’s presence at the 2012 Paris Motor Show. Ahead of the French show scheduled for late September, the official revelation of McLaren’s high-level supercar has been revealed in the form of the McLaren P1.

With hardly a single straight line present in the exterior appearance of the P1 supercar, the shape of the new McLaren has little family resemblance to the currently produced MP4-12C (that, sort of, looks plain now compared to the McLaren. Clearly designed for speed, the McLaren P1 is an aerodynamically beautiful creation with the silhouette ideal for fast straight-line performance. Prevalent ducting and air channelling features are certainly functional pieces to the P1 design. A very exciting design, even the rear end styling promotes a wildly exhilarating experience in exotic car mastery.

The P1’s engine and performance details of the McLaren P1 will more than likely be revealed at the company’s September 27th press conference in Paris leaving many of the juiciest aspects of the supercar up to the imagination for the time-being. Speculation cited last year by Autocar has engine output potential placed just under 800 horsepower attached to the vehicle. With speeds guaranteed to exceed the 205-mile per hour watermark of the MP4-12C, the McLaren P1’s powerplant will be supported by the company’s historical and ongoing expertise in race-bred handling developed through Formula 1 as well as previous sports car competition. McLaren Automotive Managing Director Antony Sheriff described the objective for creating the McLaren P1 supercar. Sherriff said, “Our aim is not necessarily to be the fastest in absolute top speed but to be the quickest and most rewarding series production road car on a circuit,” adding that “It is the true test of a supercar’s all round ability and a much more important technical statement. It will be the most exciting, most capable, most technologically advanced and most dynamically accomplished supercar ever made.”

The imminent introduction of the McLaren P1 supercar comes 20 years since the company’s initial endeavour into street legal vehicle production, the McLaren F1, was unveiled. At one time the fastest production car in the world, the McLaren F1 was a freshman effort that won accolades on the streets and on race courses including the Circuit de la Sarthe in 1995 where it had won the 24 Hours of Le Mans. Producing 106 examples, the McLaren F1 still commands respect. McLaren has obvious intentions that the P1 supercar will become the latest perennial choice for any high priced garage display.