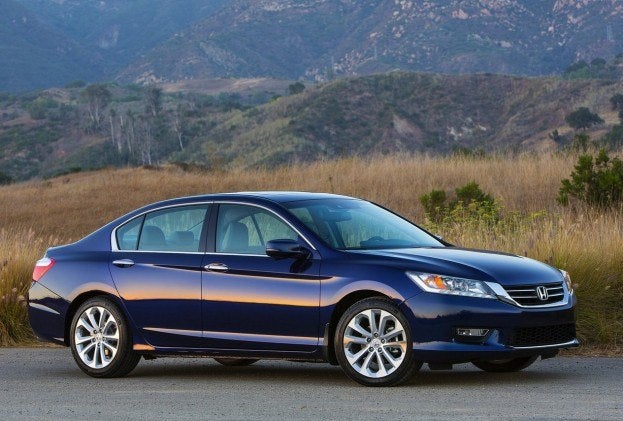 It’s funny that one of the worst looking Honda Accords is being followed up with what is, to our eyes, far and away the best with the 2013 Honda Accord (pictured above). Like most of the rest of the automotive media, we’ve been hard on Honda with their current generation vehicles. That’s because they just haven’t lived up to the company’s potential.

It’s taken us a little while, but we’ve come around to the conclusion that the 2013 Honda Accord is probably just what the doctor ordered. At first it didn’t seem like a huge shakeup, but look further and you can see that the car is very much different. Honda has also released a new batch of images that show it in different settings and colors to give you an idea of what it is like in the metal. The 2013 is a big improvement – and we stress big – improvement over the 2012 Honda Accord. While the 2012 model looks like Hyundai, the 2013 is the most dynamic Accord ever. It makes the current car pale in comparison. While we can’t say the same about the styling of the (pictured above, majorly overwrought) 2014 Accord Plug-In Hybrid model, it is the one we’re focusing on today because it is a big milestone for the company. The Accord PHEV is the company’s first “two-motor” hybrid system. That means the car is powered by a 2.0-liter four-cylinder making 137 horsepower, along with an electric engine making 124 kW.

The combined power output is 196 hp. A 6.7 kWh lithium ion battery pack will offer an all-electric range of 10 to 15 miles. The car’s primary competitor will be the Ford’s Fusion Energi. A mid-size segment class of vehicles with pure electric capability is emerging and Honda looks to be a big player in it with this car. Honda expects the Accord PHEV o return at least 100 MPGe on the EPA’s test cycle. With a 240 volt power supply, the battery pack can be recharged in as little as an hour. The specs sheet is impressive – it’s just too bad it doesn’t look any better.