Saab Purchase by NEVS Is Complete – Griffin Logo A No Go

With anything involving Saab at a corporate level, you just know that there will be unforeseen hiccups and delays. That has proven itself to be true over and over again. That is because the brand is so intertwined with different entities that exercise varying degrees of control; General Motors, Spyker, the Swedish government, and the European Union, along with Saab AB and Scania.

The two aforementioned companies were once a part of the Saab umbrella – Saab AB as an aerospace manufacturer (remember the “Born from Jets”? Saab tagline) and Scania a truck manufacturer (recently bought by Volkswagen…yeah). They both hold rights to the Saab name as well as the “Griffin” logo.

When National Electric Vehicle Sweden announced its purchase of Saab assets, the question turned to whether or not SAAB AB and Scania would approve use of the name. Both are reputable companies that don’t want their name damaged by subpar products from China. Given their stringent standards, we assumed it would reflect well on the future of NEVS if the usage of the name and logo got the green light. Now, news has come that the name has been approved – but not the Griffin logo. That means Saabs in the future will use just the “SAAB” logo script instead of the graphic Griffin that often accompanied it.

The Wall Street Journal has confirmed this, saying the decision was aimed at making a clear distinction between the Chinese cars and Swedish defense products. NEVS plans to introduce a 9-3 based electric car within 18 months. Not many details are known but the car will likely be based on the previous generation 9-3. It will be aimed primarily at China. For all intents and purposes the Saab we (some of us anyway) knew and loved is dead. We’ll see what NEVS does with Saab name as time goes on, but we aren’t getting our hopes up at this point. 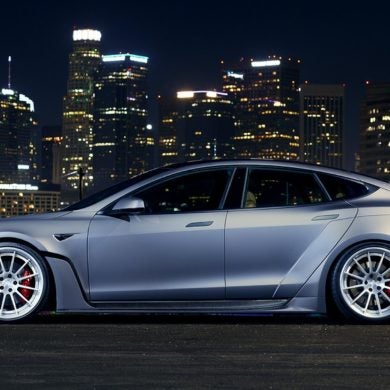