2014 Mazda 6 Could Get Mazdaspeed, Coupe Variants 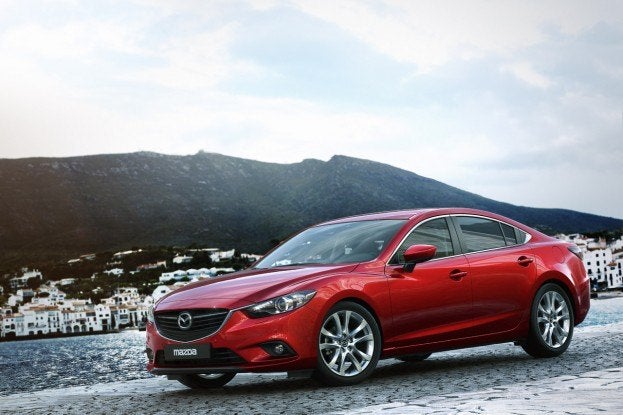 The 2014 Mazda6 launched a few days ago at the Moscow Auto Show. Predictably, the rumor mill has already begun churning about what is next. Mazda has always put a particular emphasis on performance, giving added appeal to its mainstream models. Mazdaspeed3s are highly rated, particularly previous generation models (which look better in our opinion).

Given the 6’s stylish good looks, from the get go we thought it was just begging to get the Mazdaspeed6 treatment. Style, performance, Japanese reliability and a good price – it could be an appealing proposition. Auto Express spoke with the car’s program manager, Hiroshi Kajiyama, who said the company is looking to produce one. “There is a high potential for this, and it would be helpful to the brand,” says Kajiyama. You think? Kajiyama (in a pure marketing effort) stated that the standard 6 was benchmarked against Audi A4, BMW 3-Series and VW Passat. They all say stuff like that, but the proof will be in the pudding. The result though is a car that Kajiyama says will be considered the best drive in its class. Given Mazda’s history, we could see that being the case. If produced, the Mazdaspeed6 would focus on a reduction in weight, and possibly including all-wheel drive. A performance model would make Mazda stand out in the mid-size sedan segment; the rest of the bunch doesn’t offer anything particularly hard core.

Elsewhere, Autocar reports that a coupe version could be in the works as well. It would occupy a small slice of the market – only Honda and Nissan offer mid-size coupes at this point. Chevrolet reportedly considering making a Malibu Coupe briefly. For now though, Mazda is focusing on launching the volume sedan and wagon (for Europe) versions of the 6. As Mazda said. the potential is there; the 6 is begging for additional variants.