Sometimes, enough is enough. The Volkswagen Group has more brands than anyone else in the automotive industry today. Recent acquisitions were completed for Ducati, Scania and Porsche. That is an addition to Audi, Bentley, Bugatti, Lamborghini, Seat, Skoda and Volkswagen.

Sound familiar? It reminds us of General Motors at the height of its dominance. There’s the potential for more too – VW has tried to convince Fiat to sell Alfa Romeo for a long time. For years Volkswagen has toyed with a Proton partnership/buyout, as a way to gain market share and sales in Southeast Asia. An obstacle has been Proton’s ownership by the Malaysian government – they desire to see the company stay local. Recently Malaysian investment firm DRB Hicom purchased a controlling share in Proton (causing Lotus’ future to be in upheaval), and that is impacting the nature of Volkswagen’s interests. VW has an independent history with both Proton and DRB Hicom. In 2010 VW worked a deal with DRB Hicom to assemble Jettas and Passats for local sale. Now, rumors are swirling that VW is interested in purchasing a stake in Proton – possibly even a full purchase, which the Malaysian government will reportedly not approve.

Regardless, it is clear VW has an interest in some kind of tie up with Proton. According to Reuters, one member of Volkswagen’s board is speaking out about any further purchases, saying 12 brands are enough for now. Bernd Osterloh, the union’s representative says that “We already have 12 brands and we first have to stabilise the group….even though further sales and production sites in south-east Asia are important, there is no support from the labour side for a purchase of Proton.” He has a point there. While the union may not support the move though, there are 19 other board members that vote on these decisions. Given sources are saying VW is highly interested in a stake, it probably is more likely one will go through than not. 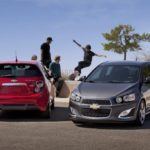