The Chrysler Group is roaring back quicker than anyone anticipated, and an oft-overlooked success story amid all this is the success of the Jeep brand. While true, off-road capable SUVs have disappeared off the map in favor of crossovers at many mainstream brands, Jeep is selling more Wranglers than ever.

Last year, 122,460 Wrangers were sold in the United States alone – 148,738 globally. Overall, sales in 2011 were up by 44 percent. Earlier this year, Chrysler reached a deal with the United Auto Works union to add 25 extra workers per shift, boosting production by 100 vehicles a day. The Toledo, Ohio plant where the Wrangler is built is running six days a week, 20 hours a day. 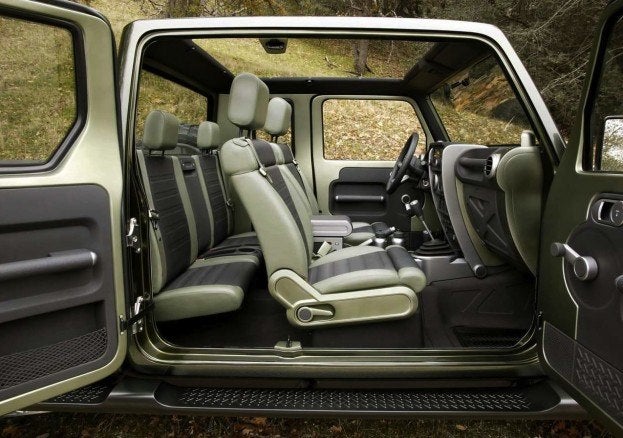 The four-door model has expanded the brand’s appeal in a big way. It’s success is surprising in an automotive world increasingly fixated on increased fuel efficiency. Hummer, a poster child for 2000s excess, suffered a much different fate. Globally there is a big chance of increased success for the Wrangler as well – the four-door has only touched the surface on potential sales to developing markets. Australian magazine Car Advice asked Jeep president Mike Manley about a decision on another new variant -a truck.

It’s an idea Jeep has explored with concepts, but never approved for production. According to Manley the decision will arrive “Pretty soon.” The discussions are mainly centering around whether or not to produce a two or four-door truck. The problem with the four-door truck is that the length would destroy break-over angle, and therefore off-road ability. The Jeep guys are hesitant to put the Wrangler name on anything that doesn’t have stellar off-road ability. We absolutely agree, and think only a two-door should be approved. Given Wrangler’s sales success, we’d be surprised if they didn’t give the green light. Either way, Jeep says a decision is on the way soon.