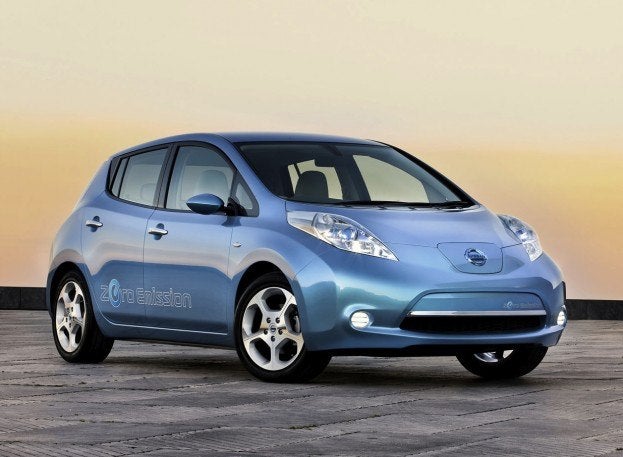 Range anxiety is a term we’ve heard bandied about a lot, and it refers to the fear of being stranded in an electric vehicle. There are different remedies for this; offering range-extended electric vehicles is one. RE-EVs (or plug-in hybrids) are cars like the Chevrolet Volt and Fisker Karma.

The ability to offer a nice amount of electric range while reducing worry though a gas generator is an attractive proposition. The other way of getting around it for the most part is just to have a huge battery pack; Tesla is an example of this with the Model S. The Nissan LEAF, on the other hand, is rated at just 71 miles of range by the Environmental Protection Agency. That is low enough to cause range anxiety for some. While we like the car a lot, we can understand that figure being a sales barrier. Another one is price; at $32,780 before a $7,500 federal tax credit, it isn’t exactly cheap for what is a subcompact second car. Sales haven’t been exactly lighting up the charts. That’s why it was curious when Nissan announced an expansion of production though the addition of a new facility in Smyrna, Tennessee.

We wondered if they had something up their sleeves to boost sales Via InsideEVs comes a report by Japan’s SankeiBiz newspaper that could help address two issues about the car. One is range; through improvements in battery technologies, more kWH and possibly a new transmission, range for 2013 is said to be boosted by 25%. That would take the LEAF up to 91 EPA-rated miles; much better.

As for price, a new entry-level model is quoted at 2.5 million yen (about $31,500 USD) versus the current Japanese base price of 3.7 million yen ($46,600). Assuming we got the entry level model as well (and why wouldn’t we) a similar U.S cut in price would bring the LEAF to just $26,600 before tax credit. Now that would be pretty impressive. Maybe Nissan does have something up their sleeves after all – they have always
said they would continue to improve LEAF as quickly as possible. To meet their goal of 20,000 LEAFs by March 2013, sales will have to pick up significantly.