With the Panther rear-wheel drive cars, Ford had a corner on the fleet market. The Ford Crown Victoria did widespread duty as a cab and police pursuit vehicle, while the Lincoln Town Car found a home in the livery/executive transport/black car industry. That’s because Town Cars are big, comfortable, get relatively good fuel economy and can be counted on to take abuse for hundreds of thousands of miles.

When Ford announced the (long overdue) cancellation of these cars, it didn’t intend to signal an abandonment of these markets. For the police industry, Interceptor versions of the Taurus and Explorer have been rolled out. For livery, Lincoln introduced the MKT Town Car, a tweaked version of the brand’s slow-selling three-row MKT crossover. The MKT shares a platform with the Ford Explorer. 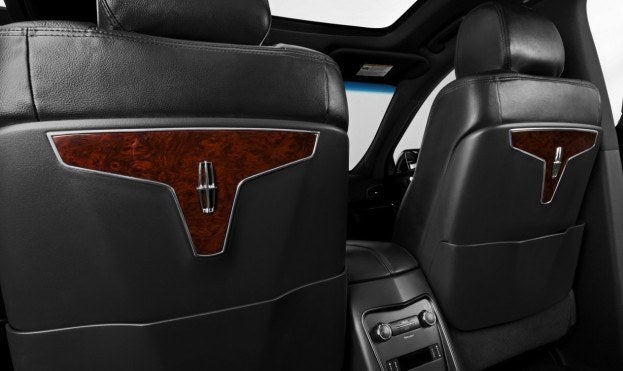 When it launched we heard a lot about its four-cylinder option. Ford thought they had a great idea by offering a 2.0-liter EcoBoost in the Explorer. So much so, in fact, that they actually charge more for the option. Turns out it wasn’t a great idea at all; sales are very slow. Ford found out what everyone else already knew. With all the development work done, Lincoln thinks it has another brilliant idea that may get traction: offering the 2.0-liter in the MKT Town Car. They’ve learned their lesson this time around though; instead of charging more money it is a value proposition.

The MKT Town Car EcoBoost shaves $1,100 off its price tag, coming in at $49,845. The 2.0-liter engine puts out 235 horsepower and 260 pound feet of torque and returns 20 mpg city, 28 highway. The EcoBoost in this kind of application makes more sense, as city driving is very common. Also, MPG improvements really add up for fleet operators – this may be something that they are interested in. Hopefully for Ford the MKT Town Car EcoBoost finds a larger market than the Explorer four-cylinder. Thankfully, the engine is not available as an option for the general market.