Lotus has seen its share of problems lately – a change in ownership, a research and development freeze, and an allegedly scandalous departure of its Chief Executive Officer Dany Bahar. Former CEO Bahar championed an ambitious product plan for the British sports car manufacturer.

Big chunks of that plan are in doubt, but production continues as well as development of key future models like the Esprit supercar. A few years back, Lotus ceased importing Elise and Exige models to the United States thanks to discontinuation of the Toyota engine that powered them and an expiring government exemption. The Evora is currently the only product sold in the U.S. In a show that things are still moving forward, Lotus has announced that the automatic version of the Evora S will be arriving this October. 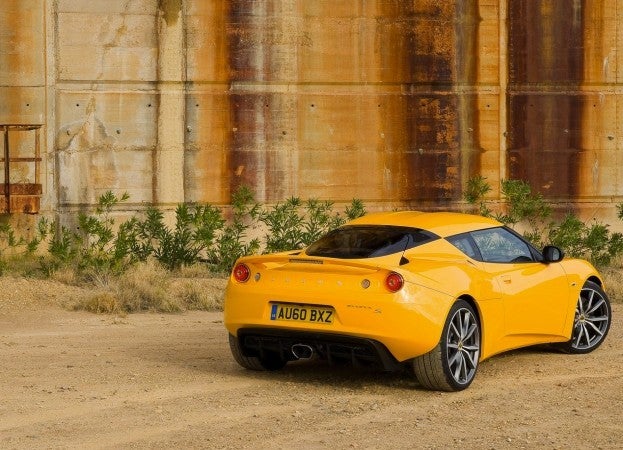 Previously the car was available only with an automatic, and that has impacted sales significantly. In the future Lotus plans to be more mainstream. We hear howls from the purists that Lotus needs to stay Lotus, but the fact is that the company currently isn’t profitable.

Mainstream moves will have to be made in order to ensure enthusiast-focused cars like the Elise continue to be produced. And face it, Evora is an amazing car – automatic or not. The car is called the Evora S IPS. IPS stands for Intelligent Precision Shift, and it is a six-speed automatic unit manufacturer by Aisin. It currently is used in the Toyota Camry (!), perhaps the most unlikely source car ever. The transmission hasn’t been left as is though; Lotus reworked the unit with its own actuators and software programming. Four modes are available, two of which include the ability to use paddle-shifters on the steering wheel. Given the propensity of Americans to select automatics, we’re hoping the IPS will boost sales of the Evora by a nice margin.