Ready or Not, Here Comes the 2013 Ford Escape to Showrooms In a time of the year where many families are buying their weight in ice cream rather than a brand new car, Ford dealerships have introduced their newest flavour to their variety of crossover vehicle. The 2013 Ford Escape goes on sale this month with the anticipation it will move like the flavour vanilla while pleasing the varying taste buds of customers.

Succeeding the previous model year Escape that rolled since 2008, more technological and thoughtfully designed 2013 Ford Escape is greatly reinventing their popular compact utility vehicle. Entering the new generation with only a family of four-cylinder engines offered, the 2013 Ford Escape 2.5 liter as well as the family of Ecoboost powerplants in 1.6 and 2.0 liter capacity will provide the model with ample power while touting considerably improved fuel economy. An interior floor made from recycled bottles, hands-free power tailgate and MyFord Touch are other available features set to define the refined Escape. In the outgoing generation’s final month of solo sales in June, 28,500 examples of the 2012 model year Ford Escape were turned over to new customers. Against typical trends where end of life cycle vehicles lose enthusiasm in the marketplace, the previous Ford Escape had actually been bettering previous year sales by 3.7 percent through the first six months. Selling 127,167 units (an increase of about 4,500 vehicles from the initial six months of 2011), the old-style Ford Escape compact sport utility is certainly leaving the in top form.

The 2013 Ford Escape indeed has some big tire tread patterns to fill. When the sleeker, new model debuted at the 2011 Los Angeles Auto Show, the general sense of amazement for the new shape was accompanied by concerns the vehicle could alienate loyal followers. An aerodynamic, car-based styling, there were at least a few enthusiasts of the old vehicle’s truck-like physique who decried the overly civilized design of the new compact crossover. As auto companies work to comply with fuel economy standards and general, overall customer demand, the old tough truck philosophy is simply a model that does not fit in civilization. Ford fans already said goodbye to the V-8 powered Ford Explorer in 2010 and now the brand new Escape becomes another changing face in available all-wheel drive motoring in this two decade of the 21st century.

Such a giant leap forward, sales numbers of the 2013 Escape will be the judge for whether the move will be supported by Ford buyers. 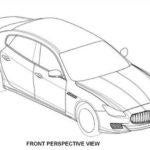 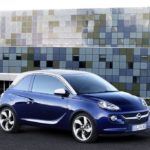