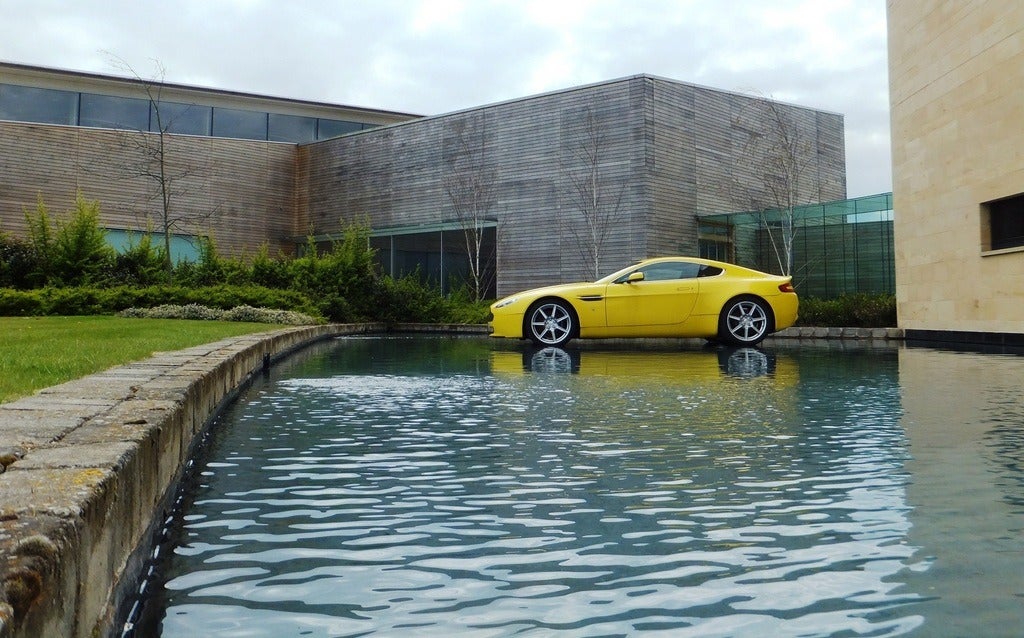 A Private Tour of the Aston Martin Factory – Tea & Biscuits

If you’re fortunate enough to own an Aston Martin, you’d be remiss to visit Britain and not stop in for a tour of the iconic car maker’s factory. I don’t own an Aston Martin (some day…) but I did get invited by their press team to come take a look while I’m in the UK. After the two hour trip northwest of London, I arrive at the Aston Martin facility in Gaydon. Security is understandably tight, but as long as you’re on the guest list, you’re welcomed with open arms. And what a facility it is. Outside the building sits a beautiful yellow V8 Vantage that appears to be floating on water:

Note: This is an image-heavy article. 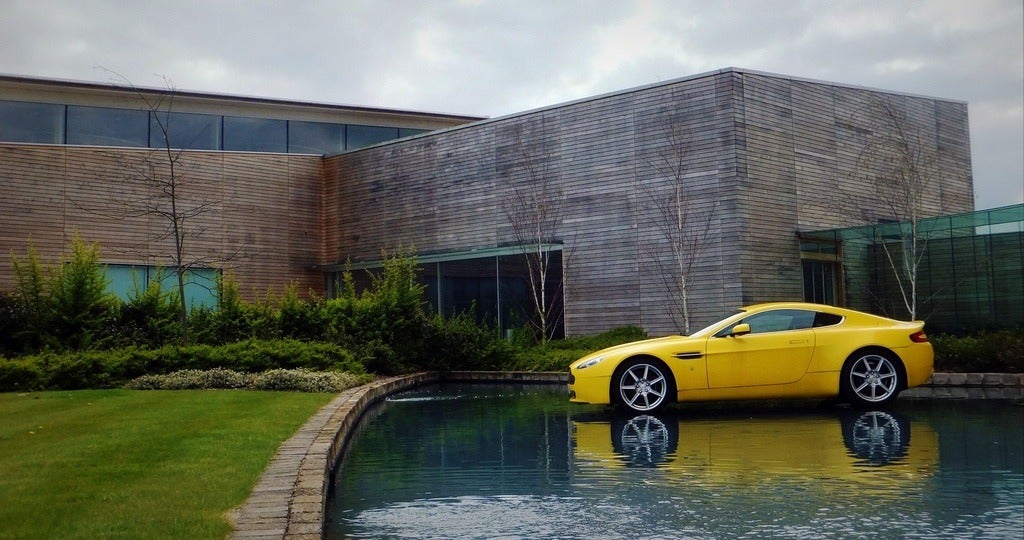 Across the parking lot sits a polished chrome Vantage casually chilling on some rocks:

Once I stopped gawking at the cars on display and in the parking lot, I made my way into the building: 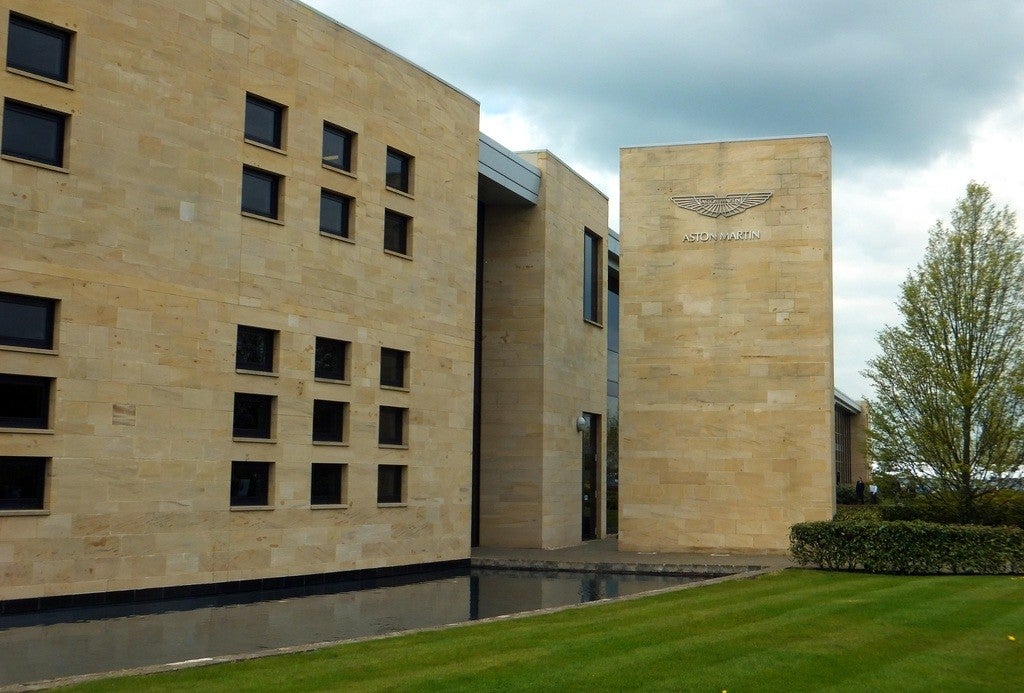 Inside the lobby sit a few cars including the controversial Cygnet, along with the reception desk, some lounge rooms, and some hanging art that look like giant Cheetos, for some reason: 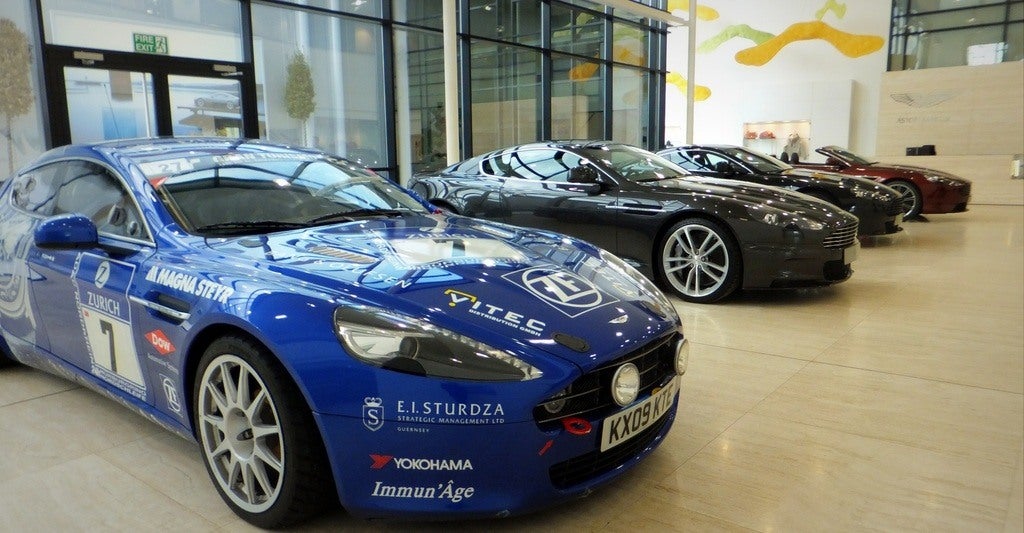 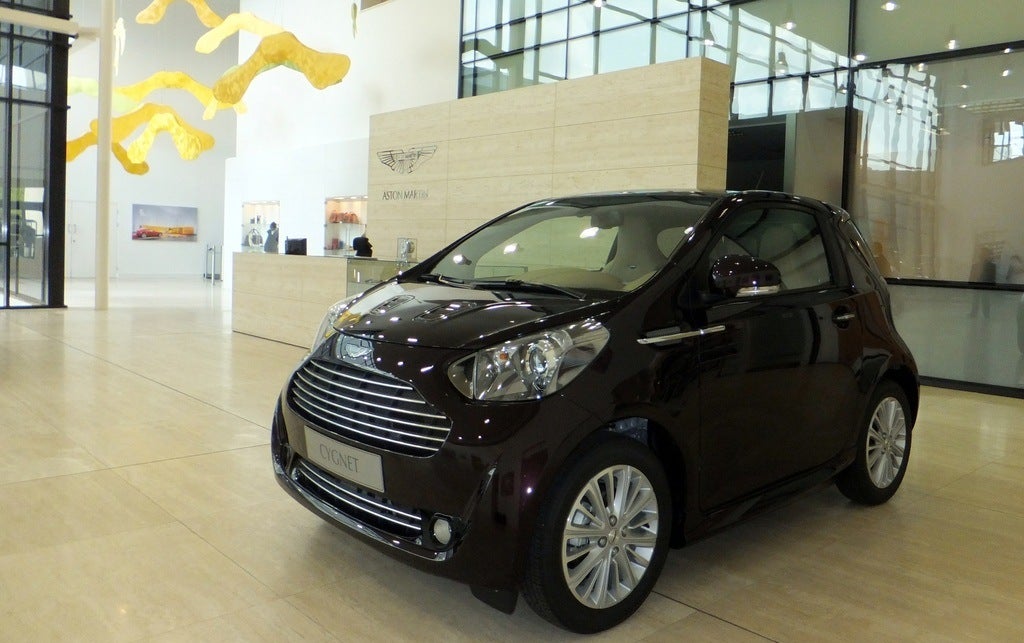 After a bit of a wander, I meet up with Aston Martin exec Mark Gauntlett for a chat and enjoy some tea and biscuits, proper English style: 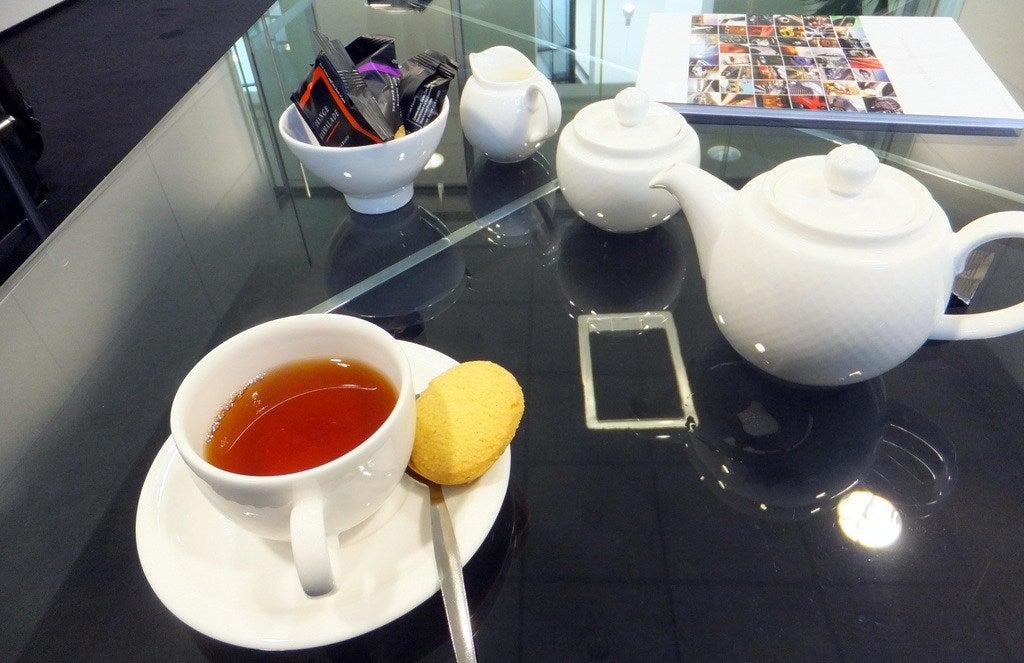 As we walk to the main areas, we happen across a display of some classic Aston Martins with a history of the company laid out on the wall. Sorry for the bad pictures here but it’s difficult to get good shots in this area: 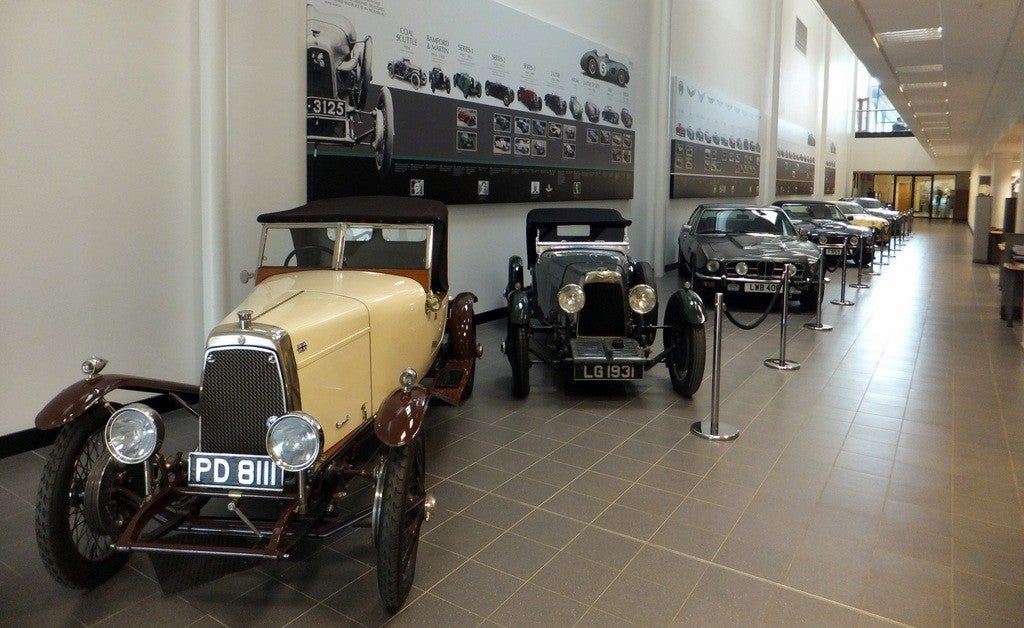 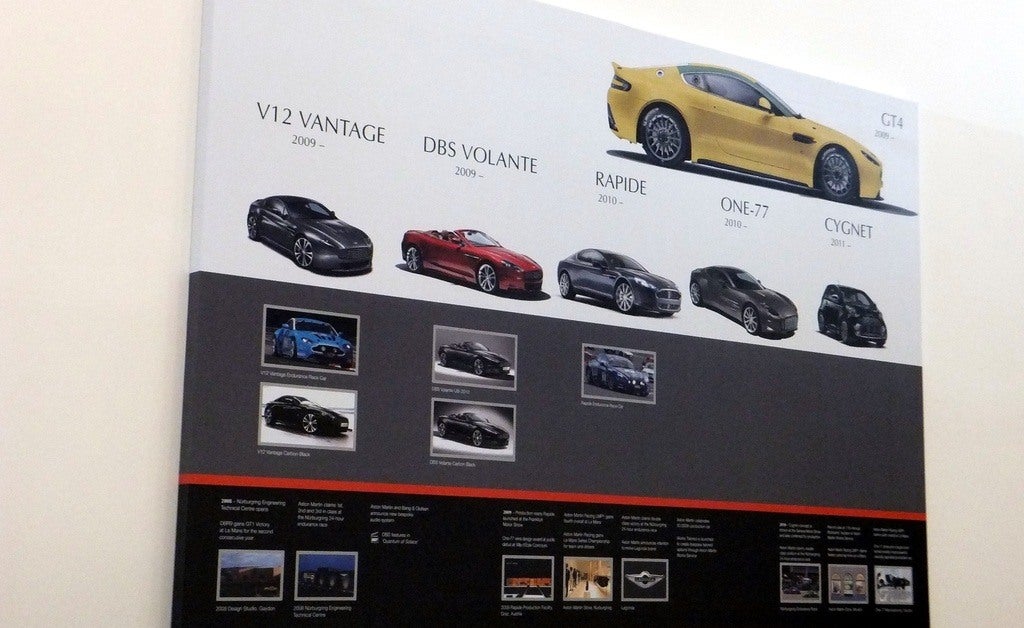 Moving on to the production floor, we aren’t allowed to take photos of anything, but Aston has supplied us with some of their own to make up for it. The factory is clean, un-cluttered, and very white. Each station does something different – no moving assembly line business here.

The first station we visit shows us a group of seamstresses stitching each leather interior panel together per each customer’s request, which includes overall interior color, seat and interior panel color, as well as stitching color and type. Again, these can be had standard or custom: 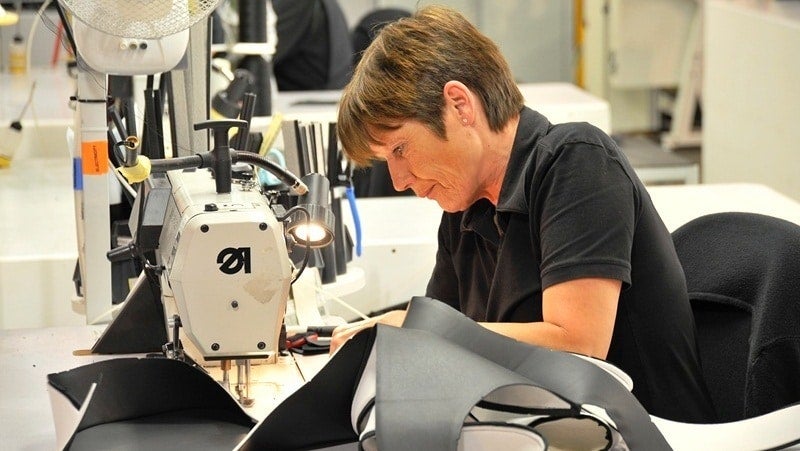 Most of the car is hand-built and assembled. For the Vantage and DB9 range, somewhere around 200 man-hours go into each car, with up to 50 hours of that going into the paint, depending on if you get a standard or special finish. With the One-77 & V12 Zagato, think more along the lines of 2,000 man-hours. Want your car to match your favorite tie? If you’re that pompous (and for the right price,) bring in your tie and the paint guys will match it or whatever color you’d like.

Every current Aston Martin (except the Rapide, which will start production in Gaydon this Summer,) is built in this plant, including the brand new Vanquish, and somewhere around 4,250 cars leave this place a year to get into the hands of their owners. Some of the owners come to the factory, similar to my visit, to see their cars built themselves, then drive it home from here.

While I was visiting, Aston Martin was working on building the special edition Dragon 88 series of cars unveiled at the 2012 Beijing Motor Show for the Chinese Year of the Dragon (and celebrating off-the-chart sales in China along with opening 11 more dealerships there just this year.) They do these special editions from time to time, some of which you really don’t hear much about. The Dragon 88 series is more of a styling package, and could be had on the DBS, Virage, or V8 Vantage S. Aston has created three special colors for the run: Amethyst Red, Volcano Red, and Champagne Gold, and depending on which exterior you choose, you get a different interior: Spicy Red, Deep Purple, or Red Chancellor – all with gold stitching and giant gold dragons embroidered on the headrests. They also get 24-carat gold Aston Martin “wing” badges and commemorative plates on the door sills. As you may have guess from the name, only 88 will be made and sold exclusively to China: 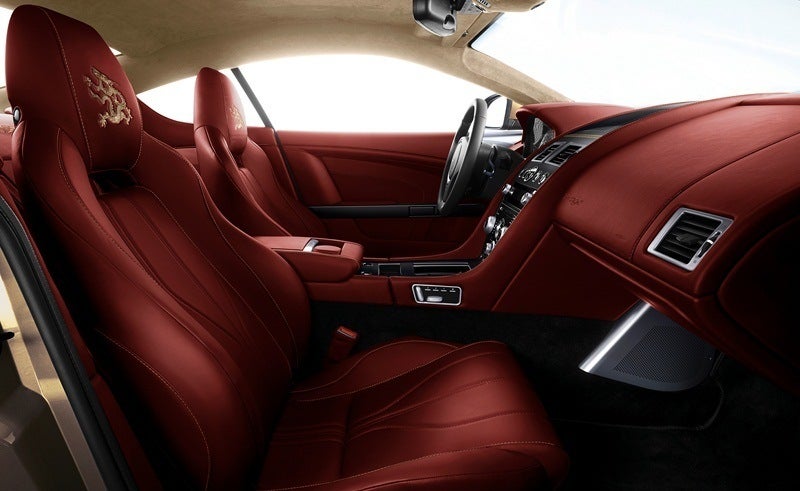 Considering its rarity based on number and region, I feel privileged to have seen a few of them.

The basic sequence of construction for the car is as follows: underframe construction, body-in-white (bond panels to underframe), paint preparation (panels hand finished), paint, final assembly (and while the latter two are in motion the trim for the car is being hand made in parallel), which we already covered. Have a look at some of the factory images below to see the construction of an Aston Martin:

And finally, after each quality check and a final inspection, the car is given its seal of approval:

During my tour, I also had the luck of seeing not only the rare Dragon 88 cars, but the even rarer One-77. What a sight (but again, no pictures allowed, sorry.)

If you’re an Aston Martin customer, contact your dealer to arrange a factory visit. Unfortunately the facility isn’t open to the public, but you might be able to tag along if you know an owner.

Thanks again to Mark, Matt, and Lynne for arranging and facilitating my tour.

I’ve always been a fan of Aston Martin’s cars, and seeing first-hand the work and detail that goes into each one solidifies my feelings. So whataya say guys, maybe the keys next time?

If you’re an Aston Martin owner, did you take a factory tour when you bought your car? Manage to sneak in a different way? What did you think? 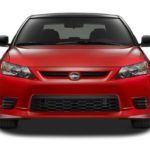 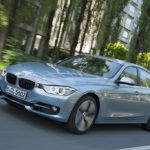