Much has been made of Ford’s move up the luxury ladder. This has caused a (good) problem for Lincoln, forcing it to step up and make itself a cut above. Ford’s Titanium models offer a lot of style and technology reaching near-luxury territory.

With the 2013 Ford F-150 Limited, the Blue Oval is taking things up another notch. The F-150 has gotten some updating for the 2013 model year, and the Limited is following these changes. “There’s still a strong demand for luxury pickups and the Limited will help us meet that demand,” says Ford spokesman Mike Levine. 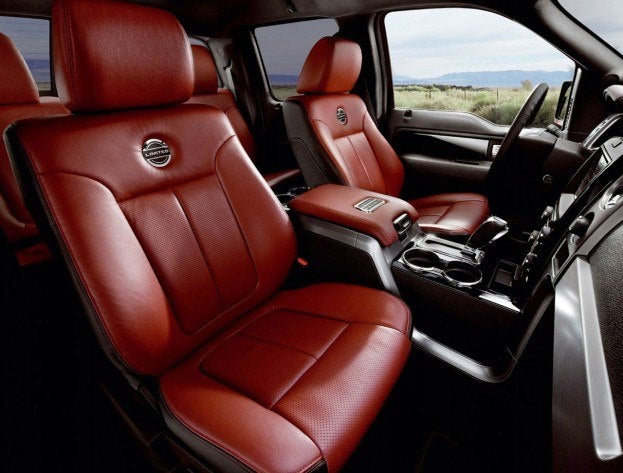 The company has woke up to the realization this is a market well within the reach of the Ford F-150 nameplate. Previously, Ford had attempted to cover this luxury truck market with the Lincoln Mark LT. The poorly differentiated truck didn’t fare too well; truck buyers want a Ford, not a Lincoln. F-150 holds a lot of cachet for buyers up and down the spectrum. The truck’s enduring popularity and such broad appeal is impressive. 30 percent of Ford sales are between the $35,000 and $50,000 price range, concentrated on models like the Lariat, King Ranch, Platinum and Harley Davidson Edition. Clearly, the F-150 range isn’t lacking in choice. On the exterior, the Limited is differentiated with 22-inch polished aluminum wheels, “jewel-like” chrome highlights on the grille and special badging.

Body color components rule the day: front and rear bumpers, front bumper valance, sideview mirror caps, wheel-lip molding, upper fascia and grille surround. Particularly of interest is the headlights, what Ford says are “segment first” high-intensity discharge units. The detailing around the headlights is the biggest element though. It looks high-end and much better than the somewhat-cheap looking F-150 headlight units we’ve seen in the past. Exterior colors include Red Metallic Tinted Clearcoat, Tuxedo Black Metallic and White Platinum Metallic Tri-Coat. Inside, the F-150 includes cooled and heated seats front and rear, decked out in read leather. A combination of expensive-looking piano black and aluminum accents up the luxury ambiance. Large “Limited” logos in the seats let you know you’re in something special. It looks exquisite; who’d want to use this thing for anything other than on-road duty? We doubt many will. Under the hood, Ford’s 3.5-liter EcoBoost engine does duty, making 366 horsepower and 420 pound feet of torque. Limited will be more expensive than the current range-topping Platinum, which comes in at $44,635. 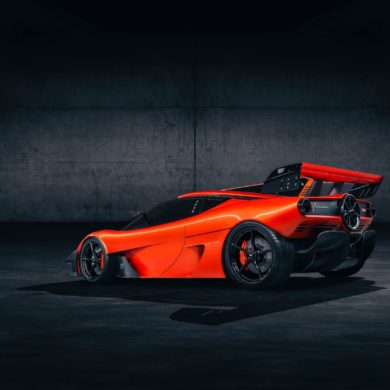