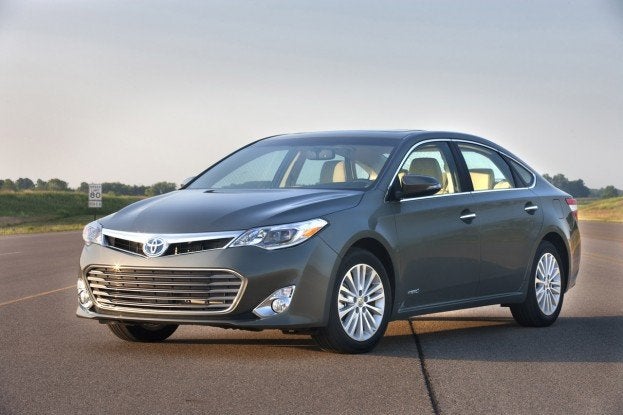 Things are different at Toyota, or so they like to say. We’ve seen some positive developments, lately such as the 2012 Lexus GS and the 2013 Scion FR-S. What about at the Toyota the brand though?Not as much progress as we’d like to see.

Executives have pointed to the Avalon as an example of the brand moving forward. While some love it and others hate it (its that grille), the 2013 Avalon is most definitely a step up from the geriatric model it replaces. It isn’t particularly original, but it has some style to it – and that interior is one the best we’ve ever seen from Toyota. The Avalon platform was developed this time around with the Lexus ES in mind. Traditionally the ES has shared a platform with the Camry, but it has graduated up to the Avalon for 2013. Having the high-margin, high-selling ES on this platform enabled more of an investment to be put into the Avalon. That means that like the ES, the Avalon is getting a hybrid model as well. Details on the car have been released today. The Avalon Hybrid is motivated by the same setup as the ES: Toyota’s Atkinson-cycle 2.5-liter four-cylinder hooked up to an electric drive setup.

Together the system makes 200 horsepower. The number most people will care about though is not horsepower, but rather EPA figures. In that department Avalon doesn’t disappoint, coming in at 40 miles per gallon city/39 highway. For a full-size sedan that is definitely something to write home about. For instance, LaCrosse eAssist is far below with 25/36 mpg. With those figures, we imagine that Toyota will find a lot of takers – boosting its CAFE scores in the process. Four drive modes are available: EV Mode, Normal Eco and Sport. EV enables one mile of electric-only driving at speeds under 25 mph. The Avalon Hybrid goes on sale this fall. Pricing information should be forthcoming.