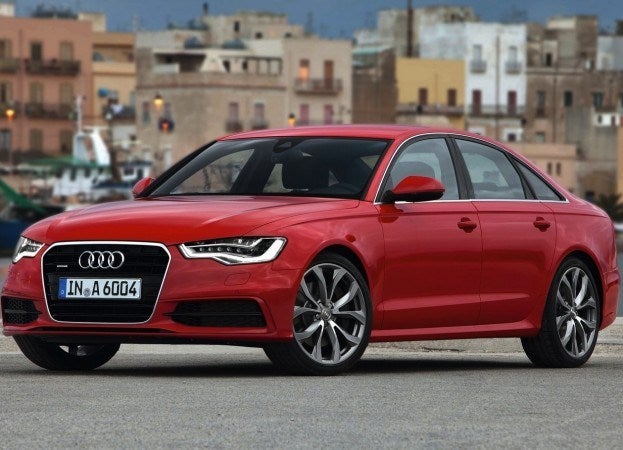 For their previous generation models, cars like the BMW 3-Series and Mercedes-Benz C-Class were powered by six-cylinders at the entry-level. Fast forward to today and they’ve been ditched for turbocharged four-cylinders, which provide similar power and better fuel economy. Surprisingly though, the move to four-cylinders has also taken place in the segment above.

The new Audi A6 and BMW 5-Series start out with four-pot power. However, sales of the A6 2.0T have been quite slow. The limited options list has hampered sales (and we wonder if the $45,295 for 211 horsepower has to do with anything). For 2013, Car and Driver reports that Audi has set about trying to fix this, adding new options for the 2.0T that aim to increase its appeal. Previously, Audi’s Quattro all-wheel drive system was only available on the V-6 model. $2,200 will move you up to AWD power. Up until now the A6 2.0T has been available only with a continuously variable transmission (CVT). Those who have driven them know they tend to stir up strong opinions. For those who want traditional shifting, Audi’s eight-speed automatic has been made available for an extra charge. Why they stick with the CVT model at the base end is curious; probably for cost reasons.

However, this is a luxury brand after all – you should be able to get a standard automatic if you want it. Especially since the CVT isn’t very enthusiast-freindly. Still, this is a move in the right direction for Audi. The new A6 has won a lot of fans for its styling and driving dynamics on rear-biased Quattro-equipped models. Some say it is even more of a drivers car than the 5-Series. So far the A6 2.0T has been left out of the sales party. Audi thinks the addition of these options will do just the trick. We’ll see next year when the car goes on sale.