As one of the top-selling single vehicles in the world for General Motors, the Chevrolet Cruze has been on the receiving end of much-needed praise after decades of obtaining a winning small car formula. A regrettable but necessary move places the popular compact sedan into the headlines for a more dubious reason.

On Thursday, a recall announcement affecting 413,418 Chevrolet Cruze sedan sold in the United States and over 61,000 sold in Canada was delivered from General Motors. The problem pertains to collecting oil on the lower shielding of the Cruze’s engine. This accumulation of oil on the engine shield is hypothesized as more related to an oil change rather than an actual engine leak. When hot exhaust temperatures interact with the pooling oil, a burning may erupt under the engine and could spark a fire. The NHTSA (National Highway Traffic Safety Administration) opened a formal investigation into the Chevrolet Cruze when 2 complaints were filed as owners who suffered total vehicle losses because of a then-undetermined engine compartment fire.

Addressing the issue, General Motors’ recall of 2011 and 2012 Cruze models will have their engine shield modified. Manual transmission models of the Chevrolet Cruze are additionally being protected by a tape that will cover the electric power steering wiring harness under the recall service. When brought to the Chevrolet dealership, the adjustments to the affected vehicles should only take about 30 minutes. In the same day as the fix for the engine fire risk was announced, there was another recall filed with the NHTSA relating to the fuel tank of the compact Chevy Cruze. A secondary fuel tank securing strap is found to be probable to causing a fuel leak and potential fire in the case of an accident. Under that separate problem, 2011 and 2012 Chevrolet Cruze models will have their fuel tank brackets and fasteners inspected to insure they are properly attached. As well, welds around the Cruze’s fuel tank are also be carefully checked when the vehicle is brought to the dealership. In this recall as well as the previous bulletin, repairs will be performed free of charge to Chevrolet Cruze owners.

A brand that has been relishing resurgence in sales with multiple new vehicle introductions, Chevrolet could be encountering the most tragic case scenario needed to preserve their momentum with customers. 10 Chevrolet vehicles produced in the 2012 model year have been are presently found on the recall list. In addition, the 2013 Chevrolet Malibu had a May 17th recall to electronically recalibrate a roof airbag sensor.

The recent Chevrolet Cruze issue comes following the bowtie brand’s second major defect investigation by the NHTSA In the past 8 months. In November last year, the highly publicized Chevrolet Volt plug-in hybrid suffered a proverbial black eye when a lithium-ion battery fire occurred after crash testing. Isolated to a cooling system rupture, General Motors remedied the problem by better shielding the battery cooling system assembly to prevent this fire probability. As of June 22nd of 2012, the Chevrolet Cruze investigation by NHTSA into the engine compartment is still open.

Three major cars introduced under the Chevrolet name within the past 3 years, the Cruze, Malibu and Volt have received what some may perceive as a setback in the auto industry. Firstly, it’s important to keep in mind that automobiles could be the most complex machines on the planet requiring an ideal interaction with multitude parts and components. Automobiles such as the ones produced by Chevrolet are also widely available products that need to take into account the safety of passengers and others. The recall process is an acknowledgement, when performed in a timely and transparent manner, demonstrates a company’s need to confess a potential problem will be willingly repaired to assure no property or people will be hurt by a defect. 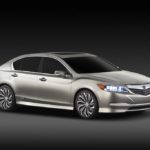 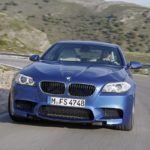