We love Ferraris, but they aren’t known for reliability or low maintenance costs. That just won the understatement of the year award. Those two things are antithesis to what Ferrari has ever been. Given that history, it is interesting to read this reports from Leftlanenews. It states that Ferrari will be taking the developmental lead on some new engines for Alfa Romeo, Maserati and Lancia.

We’ve heard about Maserati getting a range of Ferrari-developend engines before, but it is a new development to hear other brands in the Fiat Group will be included as well. Particularly for Alfa Romeo and Lancia reliability takes on a heightened importance. Alfa Romeo has designs on a big future in the United States. We’d all like a little exotic spice in our cars, but not when it comes to our pocketbooks right? 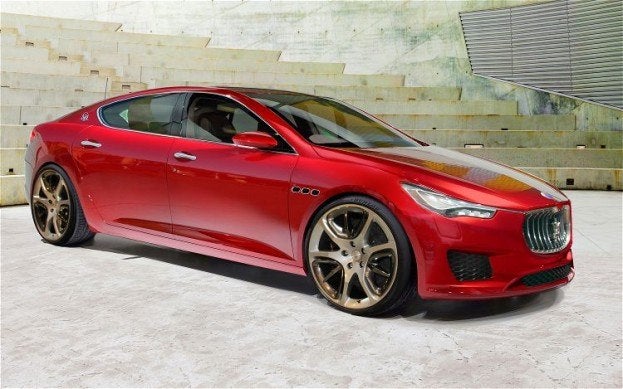 Italian vehicles aren’t known for their reliability. You might have heard the old adage for Fiat: Fix It Again Tony. It is, however, a different story with today’s Fiats. Given the competitiveness of the marketplace, you can’t survive long with sub-par reliability in the mainstream sector. The two engines reportedly being developed are a twin-turbocharged V-6 with a top end of 450 horsepower, as well as a naturally-aspirated V-8 with over 500 horsepower.

At Maserati, the upcoming Kubang/Cinqueport would gain Ferrari-developed power, as well as the new sedan to slot in below the Quattroporte. At Alfa Romeo, we could see the V-8 used in the flagship rear-wheel drive model. The Alfa Romeo 159 replacement could be the first to debut the twin-turbocharged V-6. The car has been delayed for a range of reasons, one due to the supposed lack of a competitive powerplant. Why not the Pentastar? Beats us. If it ever gets there, the new V-6 would seem like a perfect fit though.