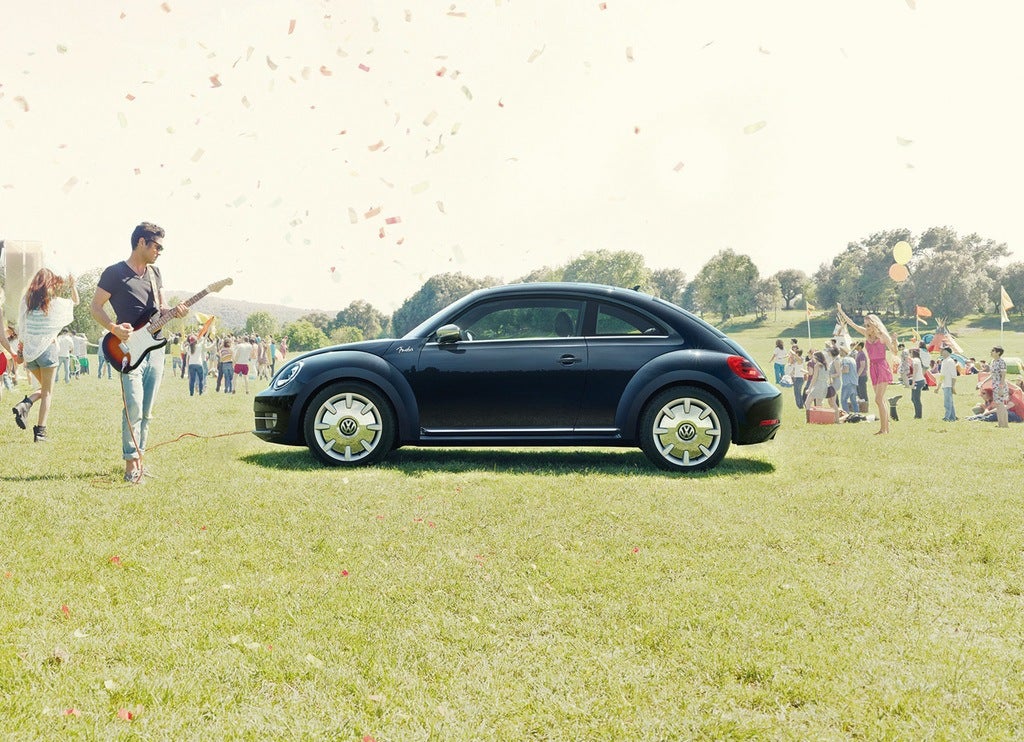 There will be three period-specific convertible dubbed Fifties, Sixties and Seventies. Really cool right? On the current coupe, VW has announced the Beetle Fender Edition at the Leizpig Auto Show in Germany. Among musicians, Fender is a well-known name. Volkswagen began collaborating with them on in-car audio systems recently. 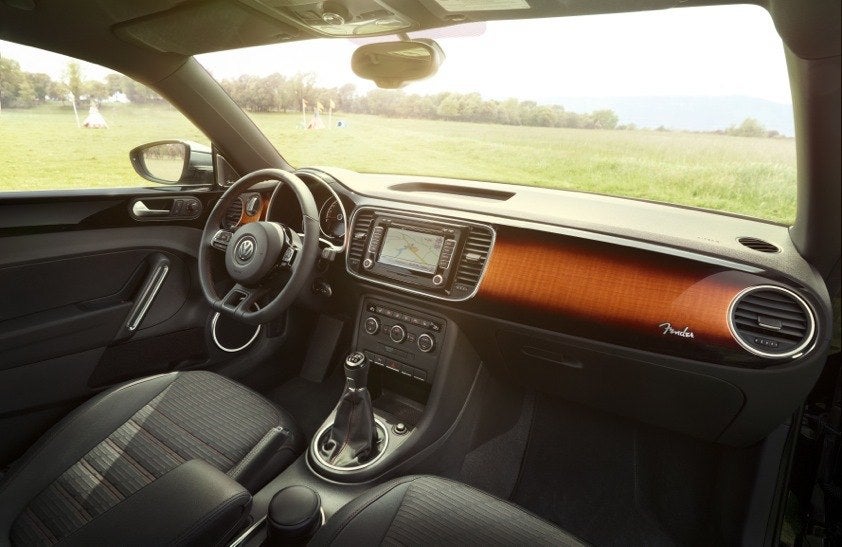 VW says the Fender Edition Beetle is the first car to get a Fender audio system in Europe. Thankfully, this car is also coming to the United States, but later in the year. And we’re glad about that, because it is a cool addition to the lineup. There isn’t any word on if it is a limited edition run or not. Of the whole package, the interior is the highlight for sure; the dashboard is designed to resemble the “sunburst” wood finish of Fender’s guitars.

It is a brilliant tie in, and really livens up the dark interior. The audio system takes center stage, with a Fender-developed system that includes front dual-voice coil speakers and Panasonic technology to “create a soundstage closely akin to a true, live performance.”

According to VW, CNET.com has awarded the system it’s “best-sounding car stereo” award. We’ll have to give it a go. As for specifications, the system has a 10-channel amplifier with 400 watts of power, pumped through nine speakers. The exterior is finished with a Deep Black Metallic paint, and includes retro chrome 18-inch aluminum wheels, mirrors and Fender badging. Under the hood is the top-shelf 2.0-liter turbocharged four-cylinder making 200 horsepower. Yep, we’re a fan. Hopefully this one won’t command too much of a premium. 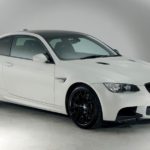 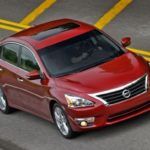