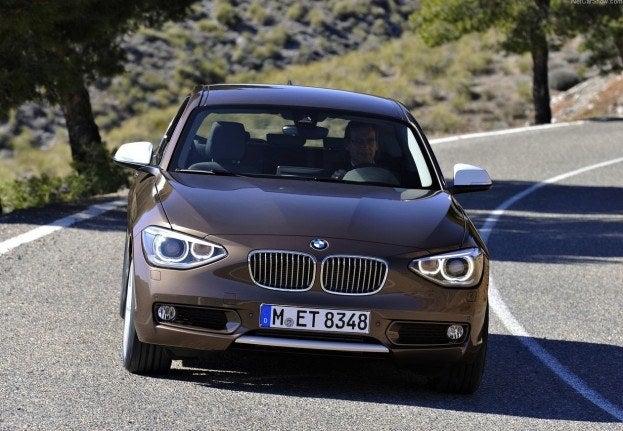 Now here’s some good news – really good news. BMW has been developing a new front-wheel drive platform and Mercedes-Benz is putting a big emphasis on FWD as part of its growth plan. Instead of doing that, we’ve hoped that these companies would stand out by producing RWD small cars. If you’ve thought the same, BMW apparently feels your pain.

We do know that BMW is planning a FWD 1-Series GT, and we thought the rest of the 1-Series lineup was going to follow suit with that platform. The current car is RWD. According to Autocar, the 1-Series will be remain RWD though – and not only that, but it will gain a sedan variant for its next-generation. Enthusiasts rejoice! The current 1-Series is only sold in coupe and convertible variations here in the United States. In Europe that expands to include three and five-door hatchback versions, but a sedan has never been produced. That is a shame because the 1-Series is the most basic, purest BMW out there – not to mention most affordable. Autocar says that with the 3-Series growing in size, BMW thinks there is room in the lineup for a 1-Series sedan aimed at the U.S and China. This 1-Series sedan will be a successor to the smaller 3-Series of yesteryear. The new car would be aimed directly at the Audi A3 and Mercedes-Benz CSC, with one big advantage – rear-wheel drive handling.

If this is true, you can put your on BMW winning another round of magazine comparison tests in a new segment. A small, lightweight and (relatively more) affordable 1-Series sedan could be a huge hit. The only question is if it would take sales away from the 3. Who knows. With everyone else in the segment planning models to slot in below their current entry-level lines though, BMW has to plan for its future. Going RWD is a great to win kudos from us, whilst upstaging everyone else. We hope this is true. If it is, expect the car to debut for the 2015 model year, just behind the next-gen coupe and convertible.