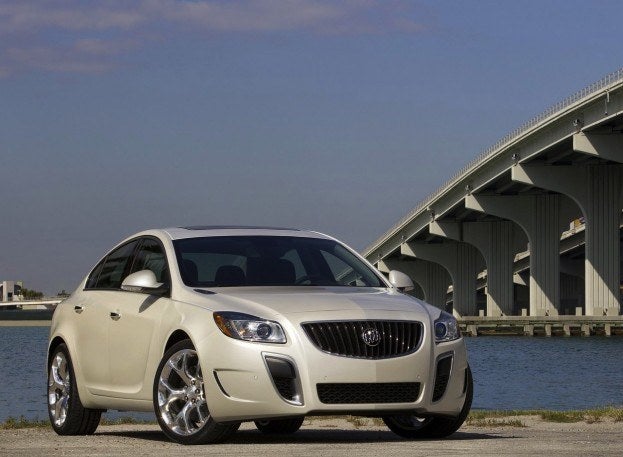 The Buick Regal GS has proven that Buick and speed aren’t two mutually exclusive terms. After making utterly boring vehicles for years, Buick turned over a new leaf with the 2008 Enclave. Since then the Regal, Verano and Encore have been released (Encore isn’t on sale yet though) and Buick’s average buyer age has steadily dropped.

In the Buick lineup the Regal GS by the far the model of most interest to enthusiasts, sharing a lot with the Opel Insignia OPC. We didn’t get the OPC’s all-wheel drive or V-6, but hey we’ll take what we can get. Buick has announced that the Regal GS is the fastest Buick ever. It hit 162 mph at the Nevada Open Road Challenge, good enough for a second-place finish in the 135-mph class. The car was driven by Buick engineers Bill Rietow and John Townsend. The race uses stock cars; the Regal GS only added safety equipment like a roll cage and racing harnesses, as well as data collection computers. The team set a target time of 40 minutes and came within 0.4 seconds of achieving that.

Last year, the pair won first place in the 120-mph class. The way the Open Road Challenge works is different than most races. Instead of seeing who gets to the end first, the finishers are awarded on speed consistency. The Open Road Challenge sounds like a lot of fun. Like its name implies, it takes place on Nevada State Highway 318. A two-line, 90 mile segment forms the course. Buick is participating in these events to build performance credentials for the GS, which is a worthwhile endeavor. The GS is a great car; its only problem is pricing. People expect a real value proposition from Buick and it isn’t. That is something they’ll have to sort out in the future. Following their run, the engineers made a video talking about the car. You can check it out below.