In Limbo: Lotus Owners “Not Thinking About Sale” Lotus has big plans for its future. While we thought it found a successful niche with the Elise over the past decade, the company consistently lost money for its parent Proton. In order to have a hope of succeeding, something had to change.

Dany Bahar was brought in from Ferrari as Chief Executive Officer and a new plan was hatched. That included developing a new platform architecture that would support models like the Elite and Eterne, along with the new Elise and Esprit supercar. Adviser Bob Lutz saw the possibility that Proton, owner of Lotus, would sell the company and wanted it to have a plan in place to become profitable. His analysis proved to be correct. A few months ago, the Malaysian government sold its stake in Proton to DRB Hicom. In accordance with Malaysian law, all non-essential developments experienced a freeze, causing a delay in new models. The future of Lotus was uncertain; would DRB decide to sell the company, or fund the business plan? Now, according to Autocar it seems DRB still hasn’t arrived to much of a conclusion. Managing director Dato’ Sri Haji Mohd Khamil Bin Jamil (whoa) announced it is “not thinking about a sale” but would “never say never.” That isn’t a committed position, but rather a wait and see approach.

Instead they will “take time” to understand Lotus’ business plan, and support it financially in the meantime. That is taken to mean as support for development of new variants of the current lineup, as well as the Esprit. That isn’t what Lotus really needs right now though, as they are in a very important stage of their business plan. A committed investor is needed to see the Lotus plan through. CEO Dany Bahar shoots straight; we’ll have to wait until he decides to weigh in to know more about the situation. Hopefully DRB makes a decision soon or finds someone who is interested in developing the British brand’s potential. 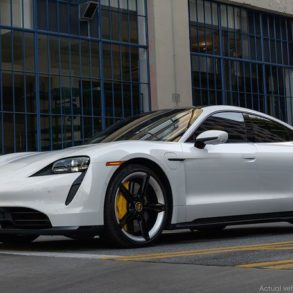