Brands like Buick have been around for a long time, and as such have years of history behind them. A long-lasting nameplate has a lot of benefits. Today’s market is increasingly segmented and it takes millions of dollar sot launch an all-new product onto the market.

Old names have positive feelings, as well as baggage, associated with them. Buick isn’t short on names from the past. Today’s lineup consists of the Enclave, LaCrosse, Regal and Verano. Out of those, only the Regal is a historic name. GMInsideNews reports that Buick has registered a trademark with the United States Patent and Trademark Office for Riviera. The Riviera name has a lot of equity even today, as it is regarded as a classic. 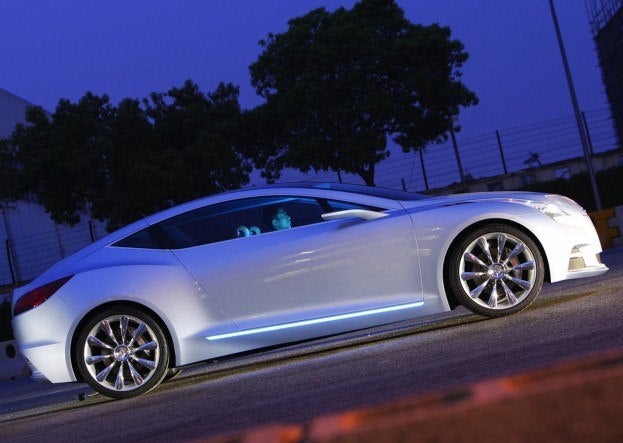 It’s amazing that General Motors let the trademark lapse. The more interesting question to ponder though is what it means in terms of product. Sometimes manufacturers file for many different trademarks that end up unused . GM has toyed with the idea of bringing back the Riviera before though, debuting the 2007 Buick Riviera Concept in China. It was a stunning two-door coupe that while thoroughly modern, displayed some classic design cues from the Riviera.

Almost everyone begged for it to be produced, but nothing has come out of it yet. We think Buick could use a coupe like that, even if it was front-wheel drive on Epsilon II. Even better though would be a rear-wheel drive model on the next-generation Zeta platform. With Buick moving forward in the luxury market and these models having resonance in China, we wouldn’t be surprised to see a new Riviera pop up in the near future. In China, the Park Avenue full-size luxury sedan is a big seller. That is a car that may come here as well. The likeliest scenario would be the Riviera becoming the coupe version of that car.