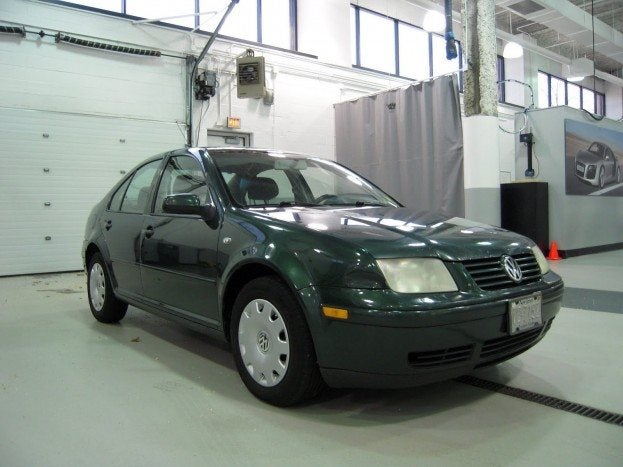 Keeping your car well-maintained is key to its longevity. While in the past cars didn’t last as long, today’s cars are surviving longer than ever before. Recently, Matt Harion’s green 2001 Volkswagen Jetta 1.8T crossed the 500,000 mark. While that doesn’t set any records, it is certainly impressive – especially for a car as recent as it is.

The 1.8T is a turbocharged engine as well, another knock against its longevity. What’s more impressive though is the condition of the engine as it crossed the mark. Harion is a deputy editor at Men’s Health magazine, and a few years back he started a blog called the The Half-Million mile man. His goal was to hit 500,000, and on April 9th the odometer ticked over to that figure. Over the course of its lifetime (the car was purchased new) Harion was meticulous about keeping the car well maintained. He ran through a fuel system cleaner every 10,000 times, changed synthetic oil every 5,000 to 7,000 miles, filled his car with Top Tier fuel and fitted platinum spark plugs, among other things. VW, which is making a big sales push in the U.S, was naturally interested in learning more. Reliability is something manufacturers want to promote. VW contacted Harion and he brought the green Jetta to VW’s Technical Center in Auburn Hills, Michigan. There the car was torn apart by VW technicians over the course of two days.

The technicians were amazed at how little the engine appeared to be aged, given the low levels of buildup and tolerances that remained remarkably true to original specification. For instance, the cross-hatching on the pistons could still be seen clearly – something that they said would normally be worn off invisible by 500,000 miles. Heinz Rothe, Product Support Engineer at Audi was amazed: “This is fantastic,” he said. “Unless you see it, you don’t believe it. I wouldn’t be surprised if you could do another half million.” Alas though, it won’t be doing another half a million. 500,000 is the stopping point for this particular Jetta. Harion sold the car off for parts that will be used to fix up other Jettas.