The Vauxhall/Opel GTC – A New Beginning For The Astra

The motoring world was not exactly waiting with baited breath for the latest incarnation of the Vauxhall/Opel Astra! Previous models could be described, kindly, as a bit utilitarian. Few of us expected much more than a basic upgrade.

But when the GTC reared its head at the Paris Motor Show in 2010, there were plenty of double takes. Could the forgettable old Astra really have transformed itself into this sporty, Alfa-Romeo like coupe?

A couple of years on from the unveiling, what’s the truth about the Astra GTC? Are the changes superficial, or does it put its money where its mouth is? Having driven the car a good bit, here are my thoughts on its key features: 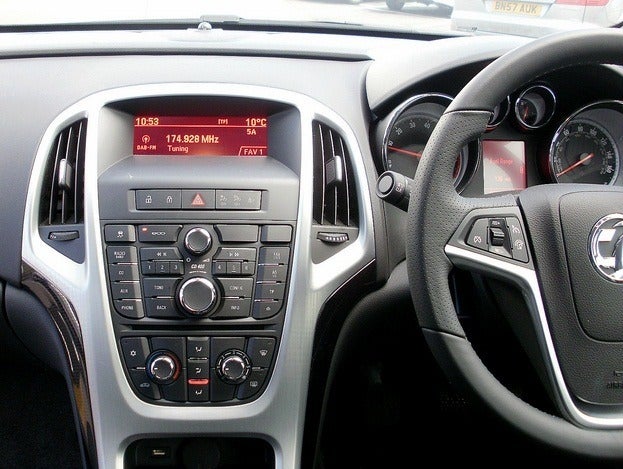 When I first saw the Astra GTC I was really surprised by how good it looks. The sporty, muscular design speaks of an altogether new vehicle to the old Astra. So I was a little disappointed that the revolution didn’t continue inside, which is based almost entirely on the old model.

That said, the old Astra had actually reached a fairly decent level of quality with the interior, and the GTC follows suit. It’s also been given a slightly sporty, modern makeover. Available in Sri or Sport trims, the materials are high quality and tactile.

I’m a big fan of the orthopaedic driver’s seat, complete with fully adjustable lumbar support. There might be a danger of nodding off to sleep because it’s so comfortable, were it not for the sporty driving position and performance! I also like the fact that the steering wheel has loads of adjustment in it, both vertically and horizontally.

Looks Aren’t Everything – The Practical Side 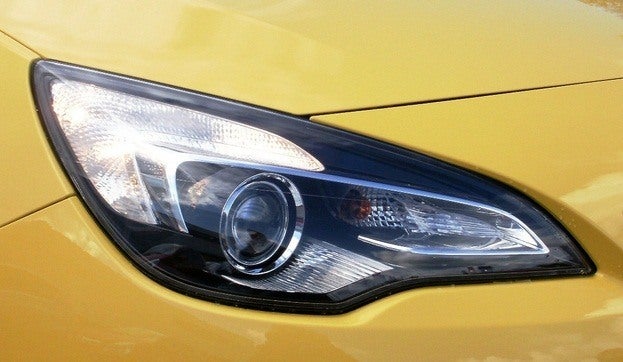 Whilst the GTC has a whole different appeal to the old model, Vauxhall seem to have clung on to its practical advantages so as not to lose the old fans! One of the first things that struck me about sitting in the driver’s seat was how good the storage areas where. There’s nothing ingeniously hidden, but everything from the side door compartment to the glove-box is a really good size.

In fact, the GTC as a whole is a bit of a tardis. I once sat in the back seat for an hour’s drive and, although I’m 6ft3, felt really comfortable. I was worried that the low roofline would cause a problem, and what 3-door coupe scores points for legroom? But, partly due to the GTC’s long wheel-base, it is weirdly spacious. I don’t even think 3 people would be too painful!

Probably more impressive still is the 380 litres of boot space. You could bundle enough luggage for a family holiday in the GTC’s cavernous rear, yet it’s so well disguised from the outside! For such a compact, squat looking coupe to boast spacious rear seats as well as a boot just 100 litres smaller than the Audi A4 is rare indeed. 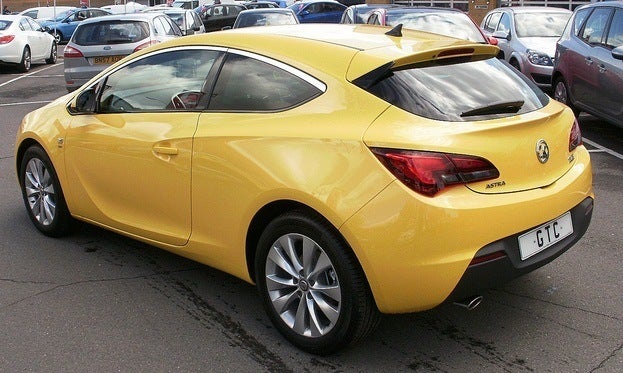 So, is the Astra GTC as fun to drive as it looks? Well, the engineers at Vauxhall got pretty busy for the development of this car, and some major changes to the suspension have taken effect.

At the front, their ‘HiperStrut’ suspension results in great traction, and the car feels extremely sure footed even when your foot is hard on the gas. It also succeeds in banishing torque steer almost entirely. A Watt’s linkage system, which Vauxhall make frequent use of, has been applied to the rear suspension of the GTC. Essentially, it keeps the axle from shifting around and brings greater stability.

As a result of these improvements to the suspension, the rock solid, muscular appearance of the GTC is reflected in the way it handles on the road. It gets the better of most corners with phenomenal ease. I love the fact that you can take it into bends at decent speed and just glide through them. The Vauxhall FlexRide Chassis system offers Normal, Tour and Sport Modes. These are pretty self-explanatory, and Sport mode in particular is a lot of fun in this car.

The GTC comes with petrol and diesel options, including a 1.6 turbo petrol unit giving 180bhp – the most powerful engine in the class. This really does produce an exciting level of performance and will propel you from stationary to 62mph in less than 8 seconds!

But, in spite of its transformation, the GTC will remain for many a practical family hatchback, and this engine ain’t the cheapest! The most popular option is the 1.4 turbo petrol which gives a respectable 140 horsepower, and offers a great balance of economy, price and performance.

So, needless to say, the GTC’s performance is so far beyond its predecessor that it doesn’t bear comparison. I think it corners more smoothly than many of the top cars in its class, and feels very stable at all times. But the handling is perhaps a touch less sensitive than its main rivals, the VW Scirocco and Renault Megane Coupe. 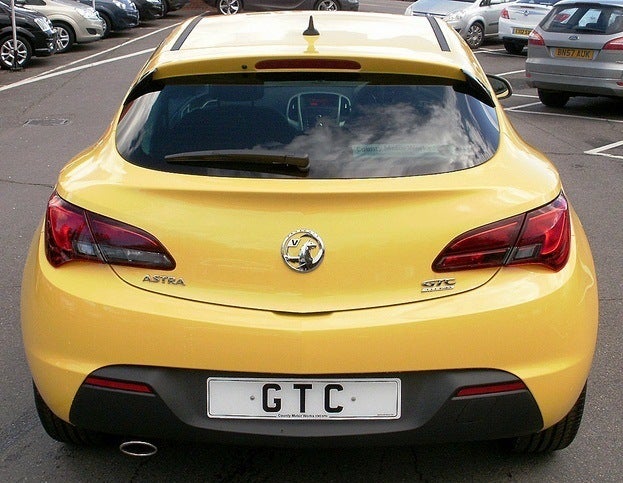 The GTC is a robust little car, which was given the top 5 star Euro NCAP safety rating. With airbags all round (front, side and curtain) and a passenger cell constructed of high strength steel, it is very resilient to serious collisions. The Park Pilot sensors are really handy for squeezing into tight spots, and the bumpers are situated to minimize damage from small prangs.

The Vauxhall Astra has come a long way with the GTC. Although it caught lots of people by surprise, it’s actually a natural step in the evolution of family hatchbacks into desirable, sporty vehicles.

Personally, I think it’s the best-looking car in the class, and by far the most practical. The steering could be a bit more responsive, but with superb cornering, much improved suspension and a great selection of engines, the performance is up there with the VW Scirocco and Renault Megane Coupe.

Hats-off to Vauxhall/Opel for this one, and I can’t wait to get my hands on the 280hp Astra VXR that’s on its way!

Author – Josh Austin’s family business, County Motor Works, is one of the oldest Vauxhall dealers in Essex – founded in 1907.