As a marketplace that has been embracing automotive mobilization in a big way for over a decade, the intensity for which global automakers are still drumming to be more deeply involved in China. As auto factories and dealerships faced closure through North America as well as Europe, the Chinese auto sector is still on the grow as established brands such as Cadillac reaffirming their production commitment inside the China’s auto market.

Being held on the Year of the Dragon (a time associated with great prosperity and power), the 2012 Auto China in Beijing sees many car companies present daring designs and technology inside of a massive convention hall. Seeking immediate success with the pitch of production vehicles such as the Ford EcoSport, automakers are also displaying concept car projecting what could be fortunes of ingenuity and mobility for the future. This year’s presentation of concept cars at the Auto China is a forward look of globally compelling shapes of motoring. If you have found the BMW i subcategory of vehicles somewhat lacking of sporting edge, 2012 Auto China has BMW chopping the top of their i8 concept car. The BMW i8 Concept Spyder applies the technology and philosophies serving eco-friendly driving in a performance car wrapper. A concept renewing the extensive use of carbon fiber reinforced polymers in the previous BMW i concept car, the i8 Concept Spyder seems to instantly embed itself into the realm of sports cars. The strategic placement of the plug-in hybrid powertrain on the BMW i8 Concept Spyder for near 50:50 weight distribution only solidities its potential performance credibility. Collectively propelling the BMW i8 Concept Spyder with 354 horsepower, a turbocharged three-cylinder engine powers the rear wheels while its front wheels are spun by an electric motor. The 0 to 62-mile per hour acceleration numbers for the BMW i8 Concept Spyder hammers away eco-car sceptics with 5-second runs en route to a top speed of 155 miles per hour. In the two-seat cockpit, the BMW i8 Concept Spyder delivers a full assortment of connectivity and interface aids tailored to make a driving experience completely involving. As Chevrolet expands to become a more globally identified brand, China’s massive marketplace is a chance to appeal to roughly one-sixth of the world population.

Presented as an advancement on the radical conveyance introduced first at the 2010 World Expo in Shanghai, the Chevrolet EN-V 2.0 has been acclimatized to better accept a daily lifestyle of a user. A super compact two-seat concept vehicle designed for urban transportation, the Chevrolet EN-V (weighing just over 1,100 pounds) displayed a combination of advanced battery-powered travel and intelligent guidance systems. In making the vehicle more palatable for real-world use, the 2.0 version of the Chevrolet EN-V adds climate control and a personal storage compartment.

The Chevrolet EN-V 2.0 will be a subject of pilot studies inside China through the in future identifying the prospect of the electric vehicle in urban travel. 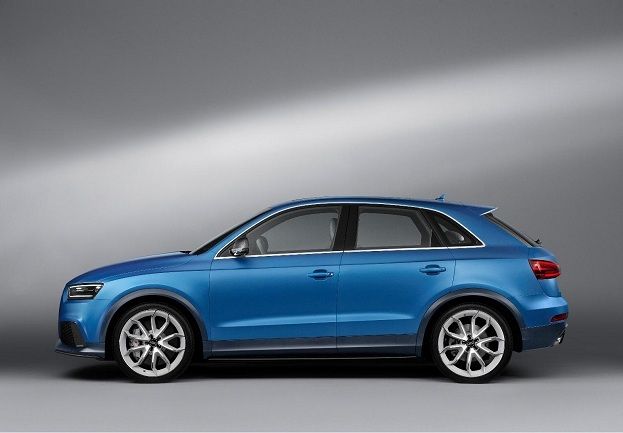 Teasing no only the United States with the limited edition brilliance of their RS badged vehicles, Audi tempts China with the public appearance of a concept based on the Q3 compact crossover vehicle.

With no production set on the Audi RS Q3 Concept, the basic Q3 compact utility is said to have just been launched in China. 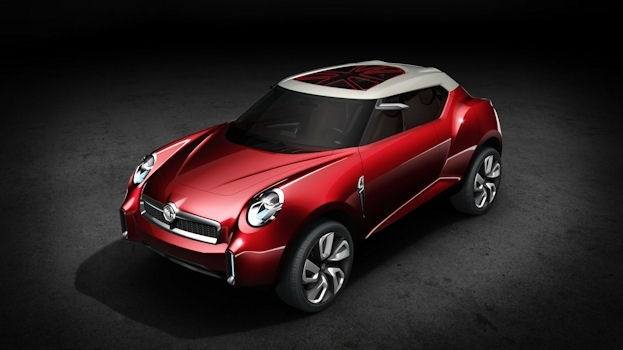 While the Morris Garage acronym is a figment of the past for North American automotive enthusiasts, the MG name has been operating under Chinese ownership since 2005 when Nanjing Automotive Group bought the company. Nanjing Automotive Group (now part of SAIC Motor Corporation Limited) effectively resurrected the historic MG brand for a new hatchback and sedan. A redesigned sports car is also in the planning stage for the new MG company that, despite China ownership, continues to be developed and built partly in Britain.

For the 2012 Auto China event, a concept of a sport utility crossover is being presented in MG form. The MG Icon radiates all the beloved styling DNA of the brand’s famous sports car but delivers passenger space and cargo room never seen inside of their cute roadsters. Modern MG proclaims the Icon concept uses rear end design spawned from the MGB GT. Seating inside fits up to four occupants in a so-called ‘shell’ layout. The MG Icon is merely a design study (at least for the meantime) keeping the heritage of a former British motoring badge alive. Like all luxury-geared automakers, Mercedes-Benz wants a piece of the higher-income Chinese socialite’s business. An increasing theme is for premium and exotic car builders to debut their latest design concepts in China wanting to give the Asian country the first chance to set pure eyesight on their vehicles. At the 2012 Auto China event, Mercedes-Benz Concept Style Coupe is a four-door embodying economical luxury in a masculine, high-performance shape. 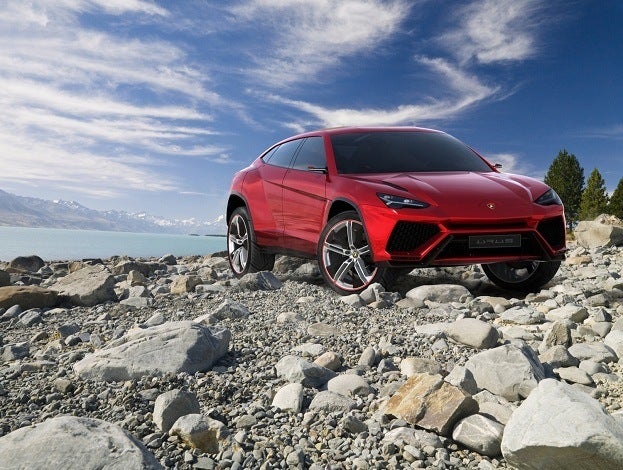 For a company identifying itself with a bull on its corporate insignia, it makes some sense to consider a somewhat rugged vehicle. Italian supercar builder Lamborghini has ignited some curiosity to onlookers who were long awaiting a peek at a crossover vehicle interpretation of their high-performance, ultra-exotic framework.

Shaped by the extensive use of a carbon fiber construction, the Lamborghini Urus offers a conceptual look at a modern super-performance sport utility vehicle. Debuting at the Chinese auto show in Beijing in a shimmering red paint colour, the Lamborghini Urus towers over the road with 24-inch wheels as opposed to their ground-hugging sports cars such as the Aventador. The Urus concept crossover is linked to a 600-horsepower engine that would feature the lowest possible CO2 emissions. A permanent all-wheel drive system and dual-clutch transmission is connected to the Lamborghini concept crossover.

If Lamborghini decides the build the four-passenger Urus concept, the traditionally sports car brand will not be making its first entrance into the truck-like product market. Lamborghini actually stepped into the exotic utility vehicle arena before when they sold the LM002 in the mid-1980s.