The confirmations of new product at the New York International Auto Show keep coming. This year the show is set to play host to a whole slew of important debuts. SRT Viper, Fisker Nina, Honda Crosstour Concept, Hyundai Sante Fe, the 2013 Chevrolet Impala and Traverse have all been confirmed. Earlier today Toyota released a teaser of what is likely to be the new Avalon.

Particularly in the full-size sedan arena the show will be an interesting one – Chevrolet Impala, Toyota Avalon (likely) and now the replacement for the Acura RL. Wards Auto has confirmed that the new sedan will be getting a name change, dubbed RLX. RLX? What is it with Acura these days sticking X on everything? We thought X was supposed to mean crossover, or at least all-wheel drive. Regardless, RLX it is. As far as full-size sedans go, the current RL is just about as uncompetitive as they come.

First introduced in 2004 as a 2005 model, the RL is overdue for a replacement. The mid-cycle enhancement it received for 2009 did it no favors, only making it look more dated (in our humble opinions). According to Acura’s vice-president Jeff Conrad, the redesign will be a total one. That is good news. Past reports have pointed to the new car being the first to debut Honda’s new hybrid Super-Handling All-Wheel Drive technology.

The system would eliminate the usual AWD driveline because the rear wheels would be powered by electric motors. This would enable the SH-AWD’s usual front-to-back side-to-side distribution of power. If true, that’s what we like to hear – innovative technology to differentiate Acura from the rest. Acura is near-luxury, and it has adopted that role wholeheartedly with the new ILX and redesigned RDX. It remains to be seen where the new sedan will be positioned. Without rear-wheel drive or V-8 power though, we don’t expect it to make much of an impact. 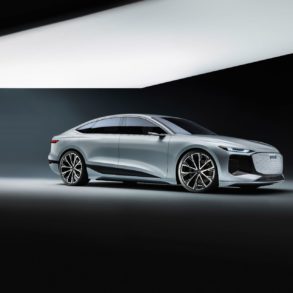