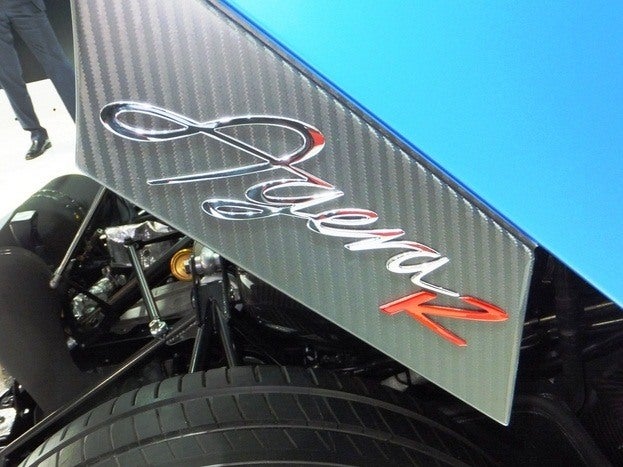 Koenigsegg, the Swedish supercar maker, debuted an updated model of their most extreme car to date – the Agera R – at the 2012 Geneva Motor Show. The example you see in these pictures featured a gorgeous matte blue finish with carbon fiber (no paint) hood stripe and side, along with carbon fiber accents abound. The interior also shows off plenty of bare carbon and the seat leather matches the exterior. I think I’ll take mine just like that. If that configuration isn’t your thing though, check out Koenigsegg’s Agera R Configurator – you can get it pretty much however you want, choosing from unlimited colors and variations in brightness and saturation.

One of the most noteworthy changes to the 2013 Agera R are the new wheels Koenigsegg developed. Called “Aircore,” the wheels are completely hollow carbon fiber, bringing a new meaning to lightweight wheels, saving nearly 44 lbs of unsprung mass. That’s a big deal. You can see a closeup in the image gallery below. 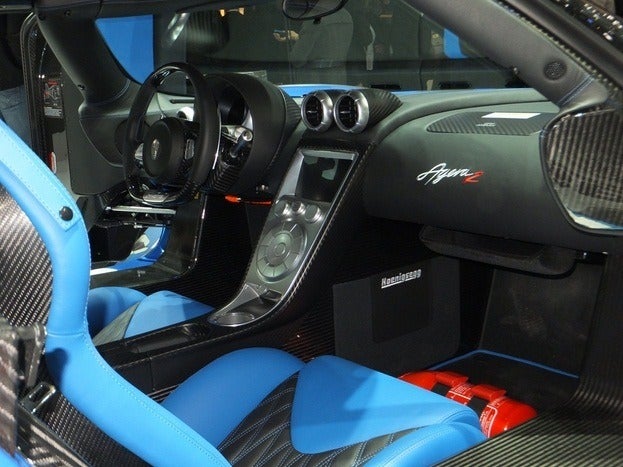 Along with the new wheels, they managed to increase power even more by developing a new engine management system and raising the rev limiter on the twin-turbo 5.0-liter V8 from 7250 rpm to 7500 rpm, effectively increasing horsepower from 940 to 960hp, or if you use E85 gasoline, you get a massive 1140hp, up from 1115. 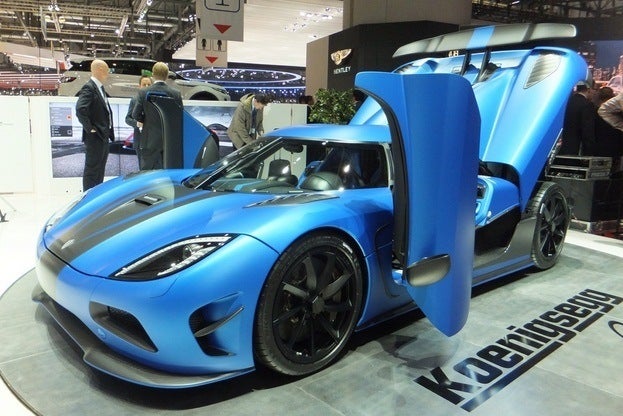 So, what do all those changes get you? The 2013 Agera R can hit 62 mph from a stop in a mere 2.9 seconds, go on to 200 mph in only 14.78 seconds longer, moving on to a top speed of around 273 mph (although that’s yet to be proven.) That sort of performance and you still get a detachable hardtop (meaning this car is a roadster.) Out of all the cars at the Geneva Motor Show this year, I want to drive this one the most (and let’s fill it up with some E85 first.) 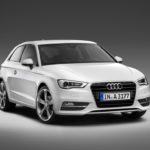 Previous
U.S-Specific Audi A3 Sedan In The Works – Based on A3 Sedan Concept?
Next
Zytek and Morgan Concoct Shiftable Electric Car for Geneva Show