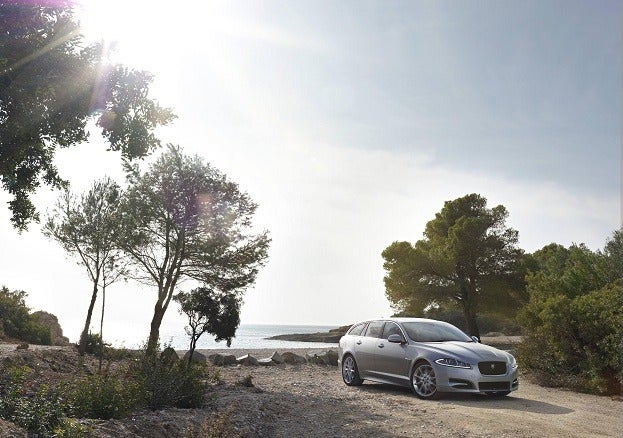 The luxury car market (especially in Europe) desires the flexibility and practicality of a wagon. However, as the word ‘wagon’ is a forbidden article in sales brochures of premium-badged vehicles, luxury car brands have concocted a multitude of phrases to substitute in the description for cargo-friendly automobiles. Acura and Cadillac uses the Sport Wagon moniker as a means to convey some excitement joining utility. Mercedes-Benz will debut their fusion of sport and wagon practicality in the form of the Shooting Break next year built off the CLS-Class architecture. Making its first public appearance at the 2012 Geneva Motor show, Jaguar will join the modern premium wagon landscape with the XF Sportbrake.

As reflected in its energetic name, the Jaguar XF Sportbrake conforms to wagon-like shaping but relays a confident sport sedan exterior grace. Resulting in a flattering shooting-brake design, the Jaguar XF Sportbrake roofline makes a near effortless arch from the A-pillar to the rear tailgate. A reconfigured front end for the XF Sportbrake displays an upright main grille opening. Bi-xenon headlights are accented by LED daytime running lights wrapping the lamp housing in a J-pattern. At the Jaguar XF Sportbrake’s prominent rear portion, LED light housings are aesthetically connected through an elegant chrome bar. A refined five-passenger interior, the Jaguar XF Sportbrake immediately offers a roomy cabin. The Jaguar XF Sportbrake’s interior is finely decorated with aluminum and wood veneers providing the driver with amenities such as Adaptive Cruise Control. Presenting a maximum cargo capacity of 1675 liters (59.15 cubic feet) with the 60/40 split rear seats folded down, the space inside the Jaguar XF Sportbrake is more than three times larger than the XF sedan volume. The XF Sportbrake’s rear space can be configured with available floor rails to securely carry a wide range of cargo ranging up to 1970 millimeters (77.56 inches) in length. Equipped with the Jaguar Adaptive Dynamic system, up to 500 ride damping adjustments per second allows the XF Sportbrake to achieve great stability and handling while also supplying a level of comfort discriminating luxury car owners would expect. Air suspension is also standard on all Jaguar XF Sportbrake models programmed to retune itself in respect to cargo and passengers.

When the vehicle premieres in Europe, engine power for the Jaguar XF Sportbrake is said to be based exclusively on diesel powerplant. A 2.2 liter four-cylinder with Intelligent Stop-Start technology maintains very high fuel efficiency. For sportier intentions, a twin-turbocharged 3-liter V-6 engine generating 271 horsepower and 442 pounds feet of torque launches the Jaguar with cat-like momentum. Both diesel powerplants of the XF Sportbrake are mated with an eight-speed automatic transmission. With no plans mentioned on bringing the XF Sportbrake to North America with its Geneva revealing, the absence of a gasoline engine will almost completely write-off sales in the United States. Though new technology has effectively changed perception of the popular diesel engines sold in Europe, automakers remain wary of selling diesel powerplants in North America. Pressing the Jaguar brand into a territory where the British luxury marque is currently absent, the Jaguar XF Sportbrake will become only the second production wagon to be built by the auto company (the X-Type Estate produced between 2004 and 2009 was the vehicle their first). Very entrenched followers of the Jaguar division would also recall the highly rare two-door estate vehicles called the Lynx Eventer. Based on the XJS sports coupe, the aftermarket converted Lynx Eventers could be the closest attempt to capture the spirit of Jaguar luxury performance presently on the road.

Set for a late summer or early fall 2012 release in Europe, the Jaguar XF Sportbrake will be the factory’s turn to demonstrate shooting-brake design. 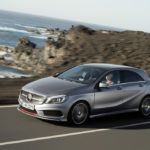 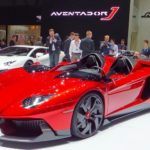