At the Los Angeles International Auto Show last November, Ford showed off the Fiesta ST Concept. It wasn’t ready for prime time (the windows were blacked out) but it clearly was a concept-in-name only, destined for production.

The only question was when it would be announced for production, not if. Geneva is the when, and the car is heading for Europe. Sources also say it has been approved for the United States. Hot hatch fans rejoice. Ford’s official line is that they are “open to the idea.” There is one caveat with U.S-arrival though – we are only getting the five-door Fiesta ST and not the three-door. 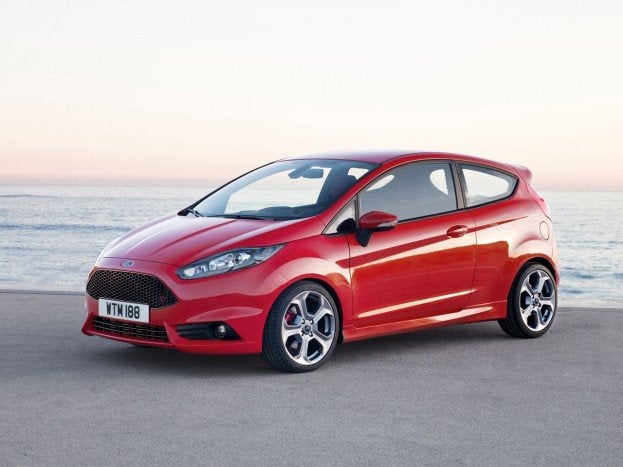 Why we don’t know for sure that decision is made, but somewhere along the line they must have figured that the five-door would offer more volume. Ford’s 1.6-liter EcoBoost 4-cylinder mades 177 horsepower and an equal 177 pound feet of torque. For its size this little car will pack a punch.

The car was developed by Team RS, Ford’s European arm of the Global Performance Vehicles group. Like the Focus ST, it was developed with a global sales approach in mind. Fiesta ST will feature standard Recaro seats inside, as well as Ford’s MyKey system. Ford says that this system will allow owners to limit performance and activate safety features “when less-experienced drivers” use the vehicle.

This is a feature we think can particularly have a dramatic impact on performance cars higher up in the range. Who wants to throw their keys to an experienced driver who can’t handle the power? MyKey is a solution to that.

Fiesta ST goes on sale in Europe next year, joining the Fiesta ST. As for an official announcement about the Fiesta ST five-door’s U.S sale, we wouldn’t be surprised to hear about it at the LA Auto Show in November.