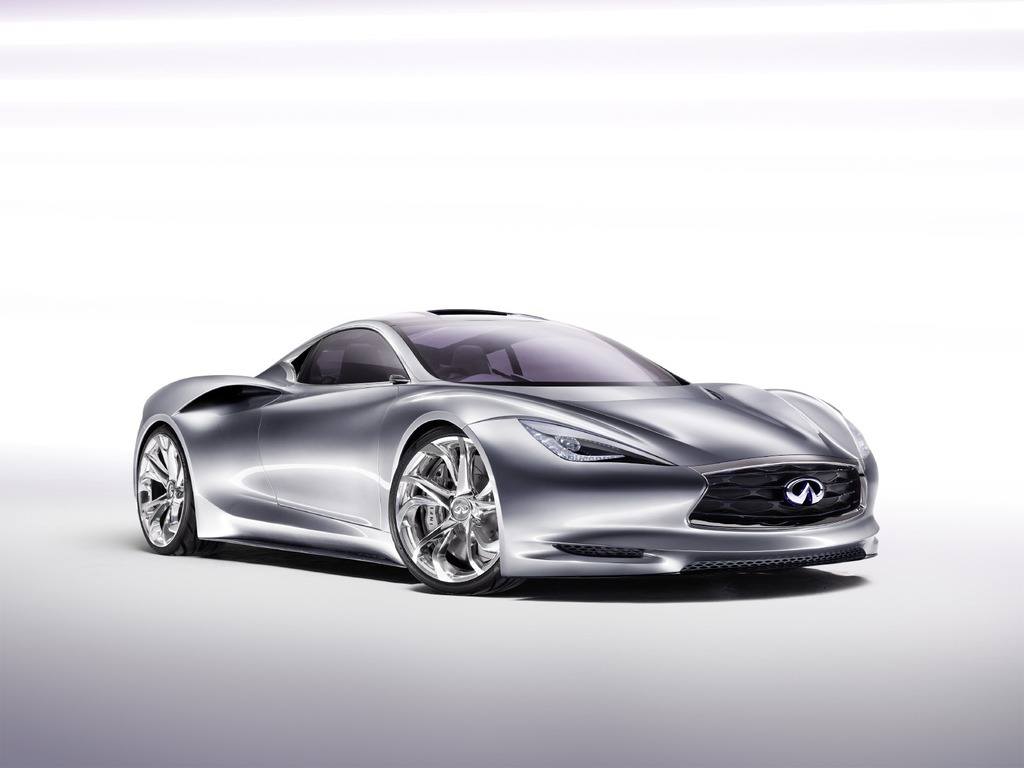 When Infiniti first said it was bringing an electric car concept to the Geneva Motor Show, the first thing that came to our minds was the Nissan LEAF-based model they’ve talked about. After all, Infiniti did confirm the car a while back, and we haven’t heard anything about it in a while. Last news about it was that the car was pushed back farther in order to make it into a true luxury model.

Well, LEAF-based the EmergE isn’t. Farthest thing from it. Instead, it is a possible look at a image-building supercar. Acura just introduced the NSX Concept at the North American International Auto Show, and Infiniti is now throwing its hat into the ring with this concept. This glimpse you’re getting is a bit earlier than Infiniti expected – the images have leaked out on ahead of the official release. 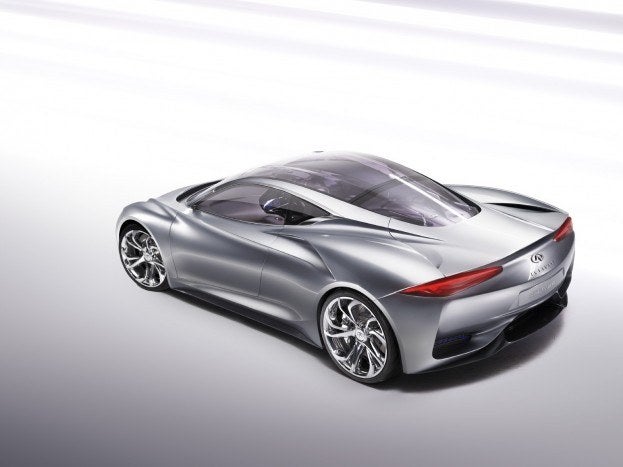 That means we don’t know any of the detailed specifications, like horsepower or 0-60 times. What we do know is that the EmergE is a range-extended electric vehicle, meaning there is an internal combustion engine that serves as a powerful generator. In the meantime, feast your eyes on the car’s styling. The lines are smooth and fluidic, striking a different look than other mid-engined cars out there. Aesthetics aren’t just the reasoning as well: slipperiness will ensure the EmergE has a good coefficient of drag. The interior shows an extremely driver-focused design, with a sparse cockpit defined by a center divider.

With Infiniti lagging in sales and image in the luxury segment, this is something the brand could really use. Audi joined the segment a few years ago and it has proven to be a smart move. Who knows whether this is testing the waters for production or a pie-in-the-sky concept. Infiniti showed the Essence Concept a while back, to great acclaim and nothing came of it. Maybe this time it will be different…. 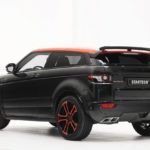 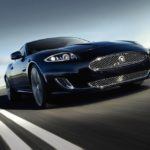