Dream Test Tracks You Can Drive On

A mountain pass, high in the French Alps, Col De Turini is probably most famous as a stage of the Monte Carlo Rally. A combination of high speed long straights, tight hairpins and awesome views makes this stretch of road, not only one of the most dangerous and exciting stages in the WRC, but also one of the best driving roads in the world. This Col De Turini featured in series 10 of BBC’s Top Gear, when the presenters went in search of the world’s greatest driving road.

B500 The Black Forest

One of the ‘must do’ roads for all driving enthusiasts, the B500 runs along the spine of the Black Forest between the cities of Baden-Baden and Freudenstaft in Germany. A seemingly endless number of deserted roads, sweeping bends, elevated sections above the forest and sections that feel like a race track, makes this road a real drivers dream.

Constructed between 1970 and 1974 as a strategic military route, Transfagarasan twists and turns for 90km and up to 2,000 metres above sea level, through the tallest sections of the Southern Carpathians in Romania. This spectacular road has more viaducts and tunnels than any other road in Romania, including one which is an amazing 884 meters long. Transfagarasan closes between October and June because of poor weather conditions.

Another road which featured on Top Gear’s World’s Best Driving Roads is the Stelvio Pass in Italy, the highest paved mountain pass in the Eastern Alps. Driving enthusiasts should head south from Davos, Switzerland to Stelvio, Italy where they will find found the kind of road that brings a car alive. As well as miles of deserted road, testing bends (including 60 hairpins) and wonderfully acoustic tunnels, there’s plenty of breathtaking views.

Said by some to be the greatest track in the world, the Nurburgring is a motorsport complex built around the village of Nürburg, Germany. The Nurburgring features both a modern Grand Prix circuit and the longer old North loop track originally built in the 1920s. The Nordschleife (Northern Loop) is still in use today, for motor racing, vehicle testing and even public access. The cost of driving a single lap of the Nordschleife is €24 per car, but remember, whilst there are no speed limits, the police do observe from the air using helicopters and will prosecute for ‘poor driving’.

The San Bernardino Pass is a mountain pass in the Swiss Alps 2,066 metres high located in the far east of the Western Alps connecting the towns of Hinterrhein and Misox. Whilst the pass has its fair share of challenging bends and hairpins is more well known for its stunning views and smooth roads. Part of the route also includes a 6.6 km long tunnel. Following the completion of the San Bernardino road tunnel in 1967, traffic on the pass has been significantly reduced, benefiting those choosing to take this more scenic route.

The Great Ocean Road is a 151 mile route along the south east coast of Australia, connecting the cities of Torquay and Warrnambool. Built over 13 years, between 1919 and 1932, by soldiers returning from the first Word War, The Great Ocean Road combines ocean and mountain views, travelling through the Port Campbell National Park. They say that everyone should drive this road twice – once to experience the drive and a second time to take in the views.

Running a total of 74 miles from Edinburgh to Ayr, the A70 in Scotland, also known as ‘Lang Whang’, winds its way through desolate moorland, reaching heights of up to 1000 feet above sea level several times over its length. Rated as one of the five most dangerous roads in Britain due to its series of tight bends, blind summits and undulating terrain the Lang Whang offers some of the most breathtaking views over Central Scotland.

Hahntennjoch is a mountain pass in the Austrian Alps in the Bundesland of Tyrol, connecting the upper valley of the Inn River with the Lech River valley. This amazing drive features steep rocky walls, sheer drops, steep gradients and sweeping cambered bends all on perfectly tarmacked roads and offering truly stunning views. Just to make it a little bit more interesting the pass is also prone to avalanches, falling rocks and mudslides.

Route 25 in California is one of the best driving roads in the world offering 50 miles of deserted bliss past the Pinnacles National Monument. This single carriageway offers driving enthusiasts everything from long, open straights to zig-zagging bends. Believed to be a test track used by Porsche, Route 25 provides the perfect road to test the ability of your car, and the views aren’t bad either!

Have you even driven on any of these roads? 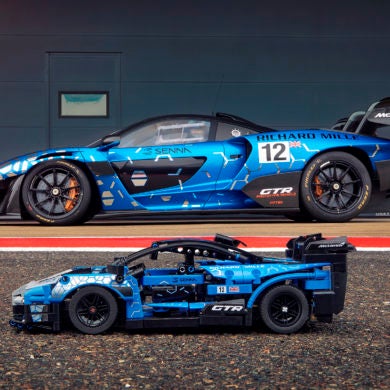