In the luxury market you have the established, well-defined manufacturers like BMW and Mercedes-Benz, and to a bit lesser extent Audi and Lexus. Infiniti has always tried to find its niche. What it lacks at the moment is a flagship or halo model.

The 7-Series does the job of a flagship at BMW and the S-Class is the top dog at Mercedes-Benz. At Audi and Lexus there is the R8 and LFA as halo cars. What does Infiniti have? The M? Yeah….it’s going to take more than that to truly be a luxury brand.

For many there has been a perfect solution to this problem: an Infiniti version of the GT-R. The GT-R is the most expensive and powerful car Nissan makes, and it is Nissan. Shouldn’t that role be Infiniti’s?

In fact, before the GT-R launched as a Nissan there was some rumors it could get an Infiniti badge. That didn’t happen, because the car just doesn’t fit as an Infiniti in its existing form. 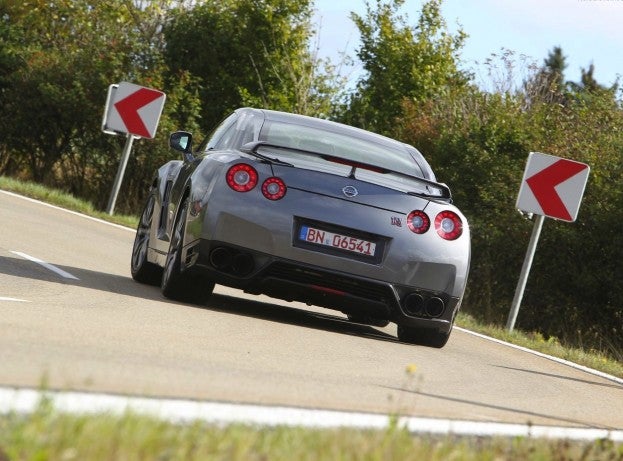 But CAR Magazine reports that Infiniti looking to introduce a flagship sports car, and that the GT-R form its basis. Infiniti head of advanced planning Francois Bancon spoke to the magazine about Infiniti’s plans.

“It’s too good a platform to use on [only] one model” says Bancon. We wholeheartedly agree. A lot of development money goes into making the GT-R what it is; and the company’s bottom line would be well served by having an even more expensive Infiniti variant to share parts with.

An Infiniti-based GT-R is one of three or four proposals being considered by the brand for its flagship. Regardless of what get the green light though, a new entry-level Infiniti will launch before the flagship. It’s a little backwards; launching entry-level models before flagship cars. The foundation for a luxury brand is the flagship, but we digress.

The Infiniti GT-R is far from a shoe in though. Bancon says it would need to have a luxury feel: “It would have to be softer than the GT-R, and that’s extremely difficult to do…you can’t easily tweak the GT-R to deliver the sophisticated, more refined performance we would need on an Infiniti.” We aren’t sure why he says that, but hopefully Infiniti will put in the “hard” work necessary to make it happen.